Navigating the US: Getting Around in Daytona Beach, Florida 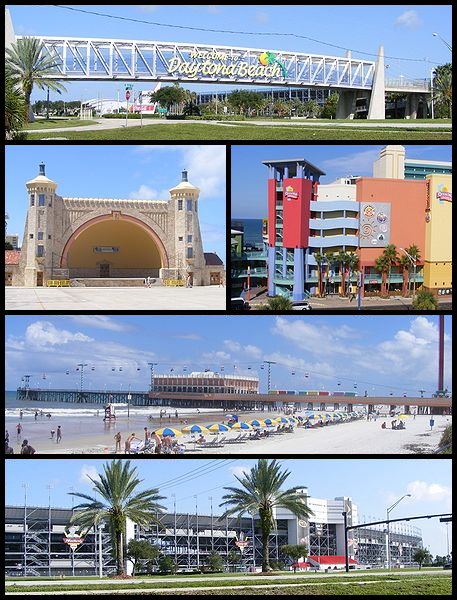 Getting around in Daytona Beach Image: Gamweb

Daytona Beach is a city in Volusia County, Florida. It is known for its hard-packed sand, its love of motorsports—particularly NASCAR—and as one of the country’s favorite vacation spots during Spring Break.

The best way to get around Daytona Beach is by car. The major roads are wide and easy to drive on, with signs pointing to all of the areas you want to know about. Alternatively, you could come by motorcycle, especially if coming for a motorcycle rally.

Big Luxury: See how much luxury is packed into the 2016 Lincoln MKX

Another easy way to get around is via the VOTRAN bus service, which connects to the Daytona Beach International Airport. It runs along Atlantic Avenue, offering views of the beach, and travels to most sites and places of interests. It’s also handicap-friendly.

Getting around in Daytona Beach

There are approximately 1,000 parking spaces at several locations adjacent to the beaches in Daytona Beach. Some of the most notable include Bicentennial Park, Ora Street and Revilo Avenue parks, and Richard Lanes and Simpson Street parks. You can also park on the beach east of the conservation zone.

Daytona Beach is known best for its motorsports and second-best for its beaches. As such, lodging in Daytona Beach is divided into three general areas: Speedway, Beachside, and US-1. If you’re in town for motorsports, you’ll want the hotels located on International Speedway Boulevard. If for the beach, you’ll want those on Atlantic Avenue. If you want to dabble in a bit of both, the hotels on US-1 are a good choice.

It’s So Fancy: Check out the brand-new 2017 Lincoln Continental