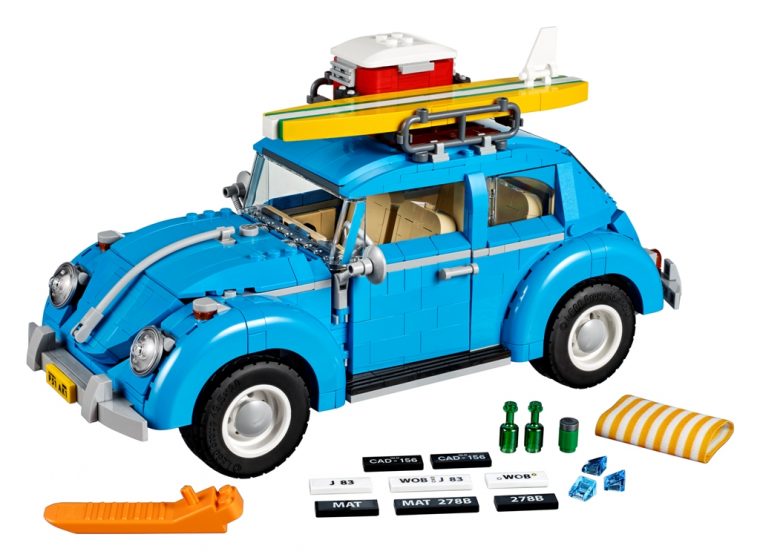 Who says LEGOs are just kids’ toys? As the recent renaissance of the building block brand has proven, age doesn’t matter when it comes to imagination. Practically anything can be duplicated as a miniature model, with enough bricks.

Over the years, the LEGO Group has released a wide array of sets modeled after real-life vehicles, from pint-sized race cars to highly-technical brand-endorsed sets. I already compiled my list of favorite car-themed LEGO sets, but a new one being release on August 1st might break into the top 10. 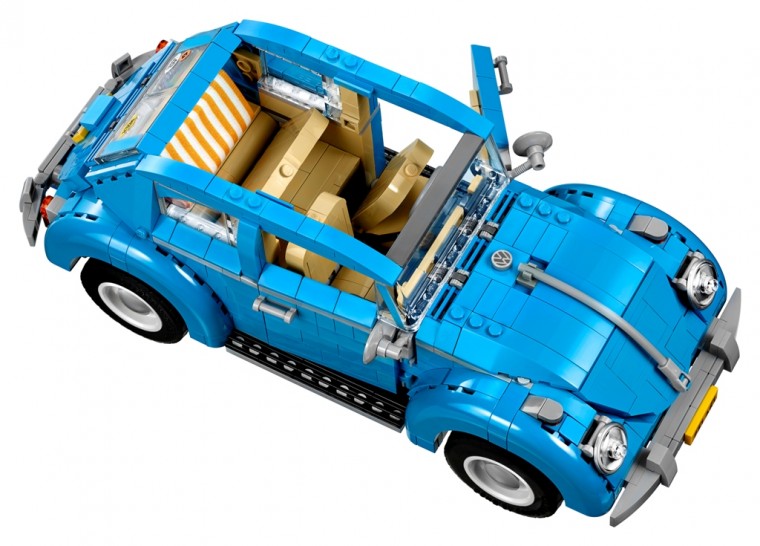 The upcoming, officially-licensed VW Beetle LEGO set (#10252) is aimed at those 16 and older, but can still be appreciated by car enthusiasts of any age. This azure-blue, Creator Expert-designed reproduction captures everything we love about the Beetle in a way that’s as playful as the actual car is. 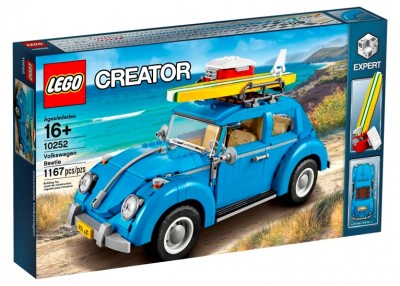 The physical aspects of the vehicle are impeccably constructed, from the brand logo to the curved mudguards (which LEGO created a brand new curved piece for). This brand-new color is the perfect choice for the Beetle, and is definitely going to excite fans of the classic car.

Details abound, reflecting the distinctive qualities of the Beetle inside and out. Not satisfied with merely capturing the shape of the bug, LEGO replicates the finest details, like a spare tire and fuel tank under the hood, four-cylinder engine, opening doors, reclining beige seats, and even turn signals. Once assembled, the LEGO Beetle measures 10 inches long and 11 inches tall.

What’s lovable about the real VW Beetle is that it’s not just a car; it’s a reflection of a care-free, outdoorsy lifestyle. The LEGO design accounted for that too, including a removable cooler box, surfboard, and fabric beach towels. Once again, LEGO proves that it knows what gearheads love about their favorite cars and can infuse that appeal in its brick-based tributes.

If you love the classic Beetle, this limited-run LEGO set promises to be one box of nostalgia you need to get your hands on.