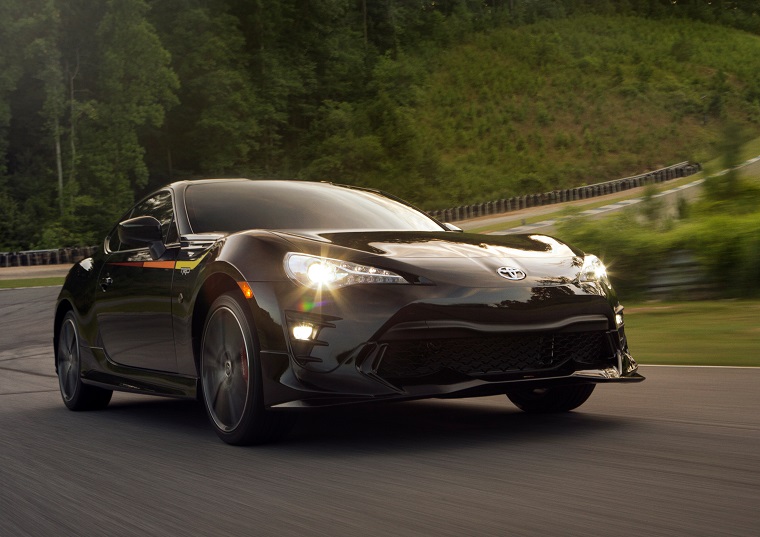 The Toyota 86 is back for 2019 and this time the beloved rear-drive sports car is getting a TRD Special Edition that will make it handle better. Sadly, however, there won’t be extra power.

The new model gets SACHS dampers, Michelin Pilot Sport 4 tires, and bigger Brembo brakes, presumably to satisfy the two or three insane people who think the 86 could handle better.

Only 1,418 units will be produced, and all will be painted Raven black with a tricolor TRD graphic and TRD body kit.

Inside, Toyota has added red stitching on the seats as well as TRD badging and other, more minor visual enhancements.

The 2019 Toyota 86 TRD Special Edition will cost $32,420, up from $26,455 for the base version of the regular model. That’s excluding a mandatory $920 destination charge, though it still adds up to less than the $34,355 price of the comparable limited-edition Subaru BRZ tS.

Toyota is so certain of the car’s “purity” that it even wrote the following gem in its press release: “If USDA Certified Organic had a sportscar category, the 2019 86 TRD Special Edition would be its benchmark.”

Well, we’re not sure we’d want to eat the 86, though it sure does look yummy with its chrome-tipped dual exhaust, LED projector-beam headlights, and aerodynamic floor undercover (granted, we can’t see that one very well).

The 86 still gets its power from a 2.0-liter boxer four-cylinder engine developed by Subaru, which uses Toyota’s D-4S dual injection system and makes 205 horsepower and 156 lb-ft of torque with the six-speed manual (and five HP less with the automatic).