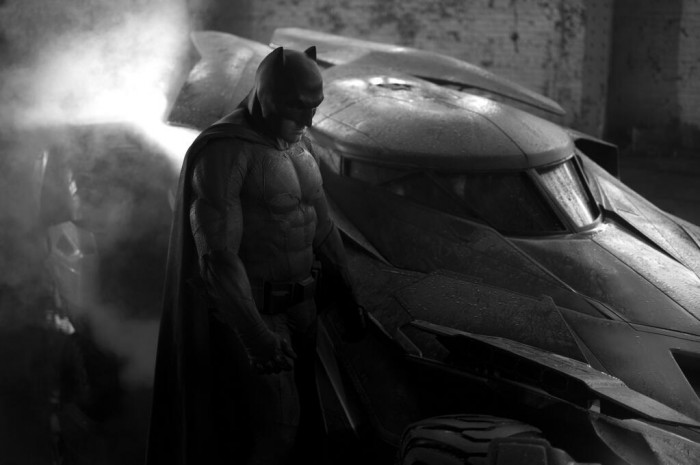 The new Batmobile unveiled, with driver.

Well, don’t say Zack Snyder never did anything nice for you. Apparently, the director was in something of a giving mood today, providing fans with not just their first full look at the new Batmobile, but also at the man who will be driving it. Cape, cowl, and all.

See the Batmobile transform in our Batmobile Photo Gallery

Based on the costuming (and the bulk), it’s fair to assume that Ben Affleck’s portrayal of Batman (Batfleck) will borrow heavily from Frank Miller’s 1986 mini-series The Dark Knight Returns. The large bat emblem on the cest and the shorter ears on the cowl are definite indicators of Snyder’s source material. This could be a promising portent for those who have been anticipating a big-screen adaptation of Miller’s classic story, because if there’s one thing we need in a movie pitting a man dressed as a bat against a super-powered alien god, it’s MORE GRITTY. 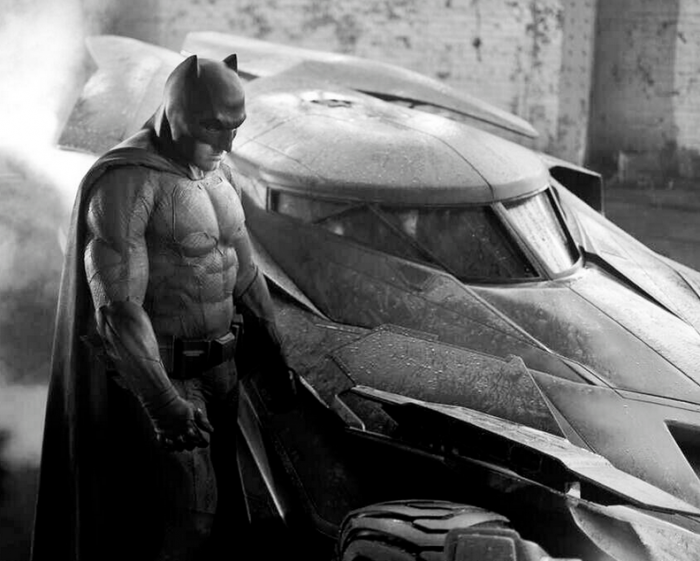 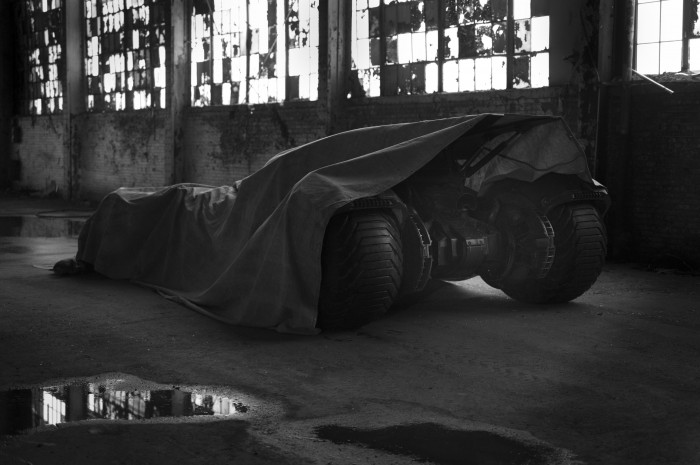 Yesterday’s teaser shows off the back-end of the new Batmobile.

In the iconic four-part arc, an older Bruce Wayne must come out of retirement to right the wrongs of a Reagan-crazy America. The largest obstacle standing in his way: a big, blue Boy Scout by the name of Clark Kent. The film could very well play upon that comic’s famous final battle, which pits the Man of Steel against the Dark Knight in a showdown for the ages that launched a thousand angry fanboy discussions. The Dark Knight Returns has long been hailed as one of the character’s defining moments and has served as the influence for various other Batman stories across different mediums.

Working with Miller as an inspiration would not be unfamiliar territory for Snyder: his greasy opus, 300, was also based upon a Frank Miller graphic novel.

Hopefully Snyder will have the good sense to drop Miller’s weird fascination with Nazi paraphernalia, but I’m not sure I’d count on it.

Batman Vs. Superman is slated to arrive in theaters in 2016.

It is still probably not going to be any good. Fair warning.

Gallery: The Batmobile Through the Ages