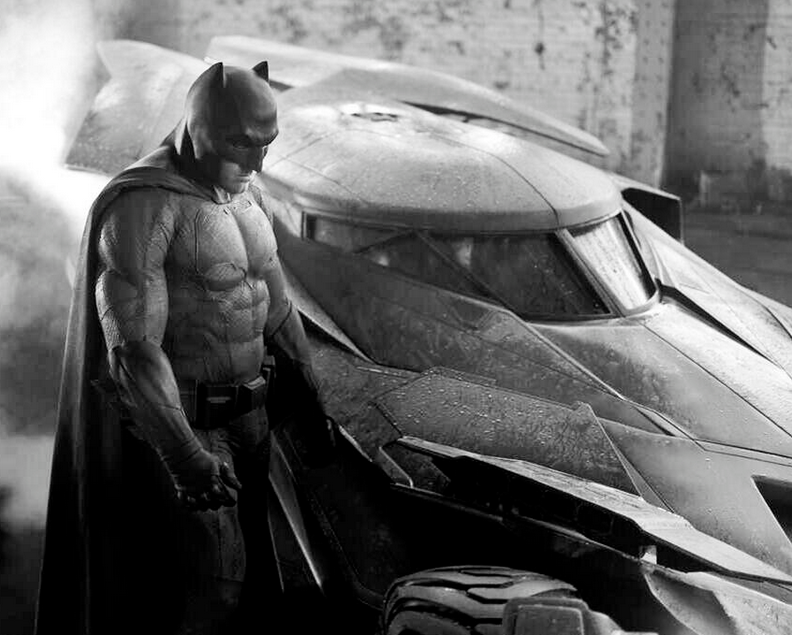 Don’t be so down, Batfleck. The new Batmobile doesn’t look bad at all. Now, the movie, on the other hand…

As the months have worn on, we’ve gradually discovered more and more new bits about Batman v Superman: Dawn of Justice. We’ve seen the moody character reveals, including our first look at Gal Gadot’s Wonder Woman. We’ve read about the big screen debut of the Cyborg character and the possibility of appearances from Aquaman and The Flash. We’ve seen the particularly insane rumor that Scoot McNairy will play a version of Jimmy Olsen who not only lost his legs as a direct result of Superman and Zod’s rampage from Man of Steel but who also doesn’t blame Superman at all because he feels grateful that he saved the world (this rumor is only insane because it is a ridiculous idea, not because it’s outside of the realm of possibility with Zack Snyder at the helm).

Look at all the fun Superman is having, kids!

You guys remember that really awesome, fun summer film based on a comic book and telling the story of how a team comes together while simultaneously exploring the things that make each character individually compelling and human (despite the fact that one of these characters was a raccoon and another was a tree-man)?

Don’t expect Dawn of Justice to be anything like that. It’s going to be a gloomy, over-long mess that will try to cram too much information about too many characters into a nearly three hour runtime. It won’t manage to do nearly as much as GotG pulled off with about an hour less screen time while also being about half as fun (and that’s being generous). Batman v Superman will not produce a pop culture sensation on par with dancing baby Groot because nobody wants to buy a frowny Superman doll with spring-loaded neck-snapping action.

Because god forbid a movie based on a comic book about an invulnerable alien who wears a bright blue and red costume should be any sort of fun at all. 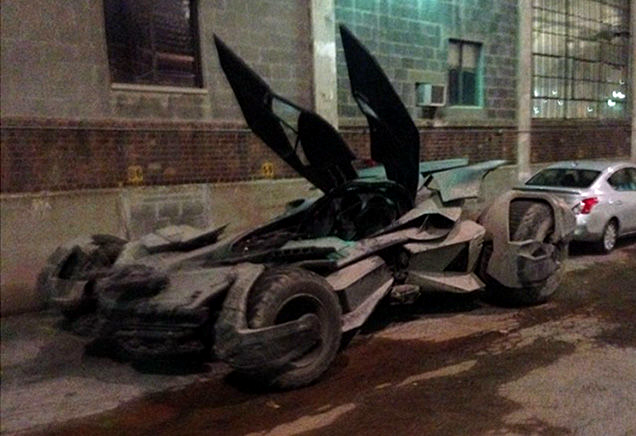 These shots are unverified for now, and don’t entirely seem to line up with the official tease above — this vehicle seems like it isn’t as long, primarily. The fins seen in the “up” position above could be laying down in the pics below, and in general this could be a different mode for the vehicle. This does look quite a lot like the Arkham Knight batmobile, too. As more shots arrive we’ll get a better idea.

Unverified? Yep. Is this the new Batmobile from Dawn of Justice? Yep. Are those fins? Well, if you want to call them that, though they’re probably more accurately described as butterfly-style canopy doors (though they’d probably be better designated as batwing-style HAR HAR). 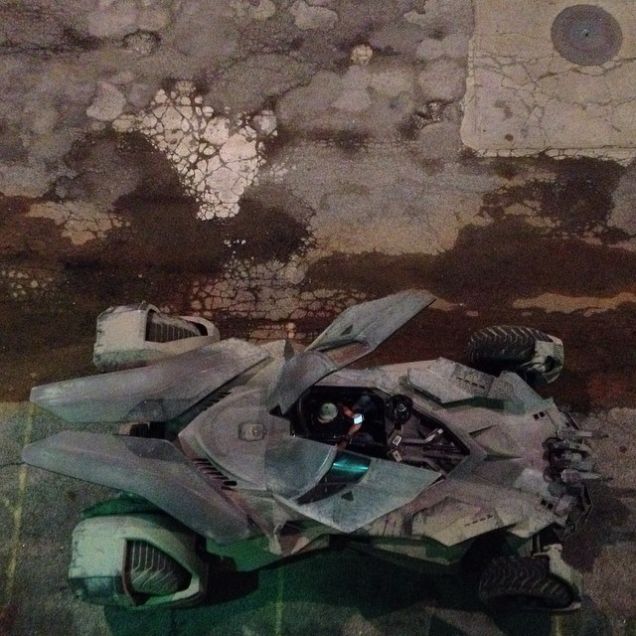 In all sincerity, if this is indeed the new Batmobile (and it almost certainly is), then it arguably looks much better than any version worked up for the films since Burton’s ‘vette-styled Batmobile. For once, Snyder’s eye for gritty realism might actually pay off. 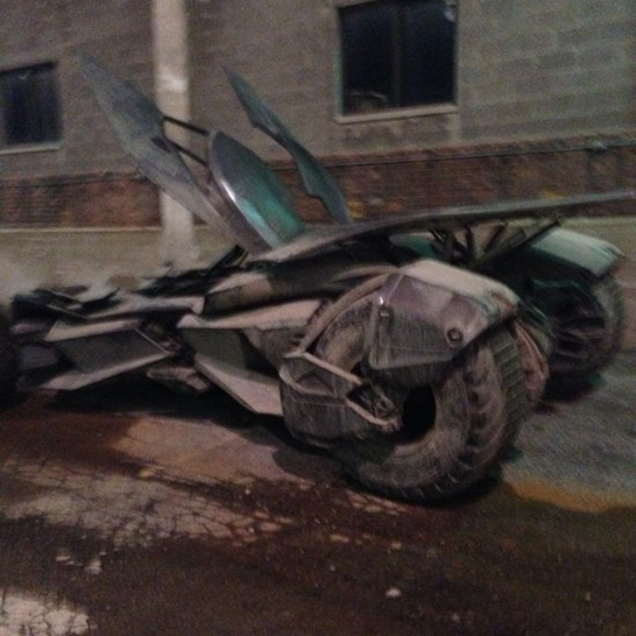 This batmobile runs on tears

As for the rest of the film? Yeah, that’s gonna be an unwatchable mess.

Gallery: The New Batmobile from Dawn of Justice and Batmobiles of the Past