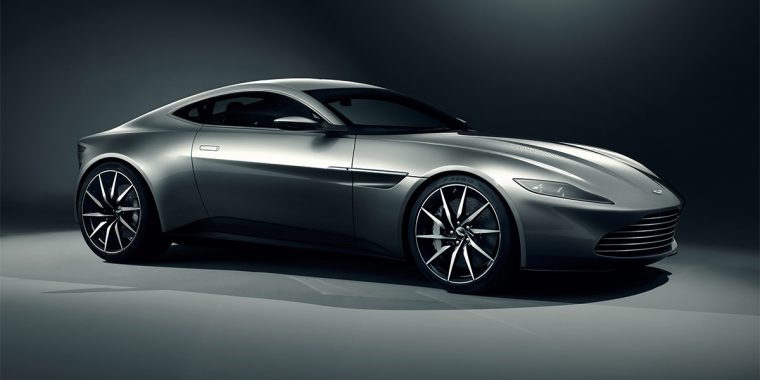 For the new James Bond film Spectre, Aston Martin built only 10 DB10 sport cars for the exclusive purpose of being used for the movie’s car chase scenes, but still many auto enthusiasts were hopeful that maybe a couple of those vehicles would eventually make their way to auction.

You can consider those dreams officially shattered.

“We set the record for smashing up cars on Spectre,” Gary Powell, the film’s stunt coordinator, told Daily Mail. “In Rome, we wrecked millions of pounds worth. They were going into the Vatican at top speeds of 110 (mph). We shot one entire night for four seconds of film.”

Other famous locations included in Spectre’s car chase scenes were along the River Tiber and the Roman Colosseum.

It’s unknown what happened with the three remaining DB10s, but we do know the vehicles were built using the VH (vertical/horizontal) platform, which was used previously for the DB9. Jalopnik also reported the DB10 was equipped with a 4.7-liter V8 engine, similar to what was used recently in the Vantage.

Aston Martin did produce 150 DB9 GT Bond Edition Coupes in advance of Spectre, which come equipped with a 6.0-liter V12 engine good for 540 horsepower and 457 lb-ft of torque. This collector’s DB9 also features official James Bond badging and the film series’ famous gun barrel logo is also featured in the interior. The DB9 GT Bond Edition Coupe is being sold for $237,007.

Spectre will be premiered in London, England, on October 26th, while Americans will have to wait until November 6th to see the new James Bond movie in US theaters.

This will be Daniel Craig’s fourth time playing Bond and the film comes 51 years after Sean Connery first drove an Aston Martin DB5 in Goldfinger.