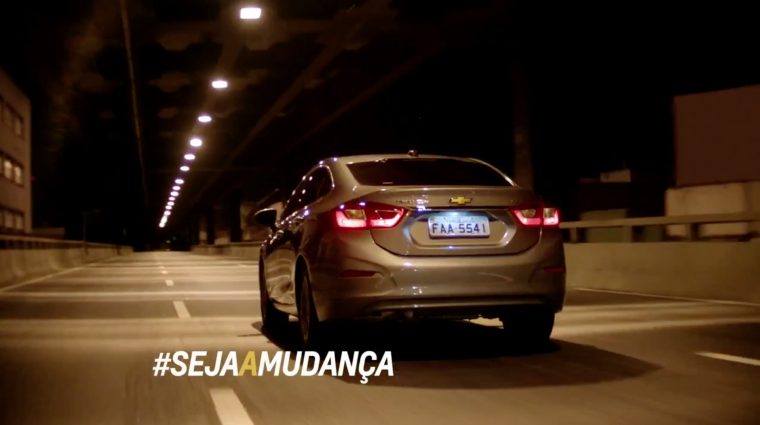 Chevrolet has launched a new Brazilian ad campaign called “Seja A Mudança,” or “Be The Change,” which is meant to promote the 2017 Chevy Cruze and demonstrate that the changing the world can begin with your own actions.

Best Buys: Discover the benefits that come with investing in a certified pre-owned Impala

The film begins with images of protests and displays of disgust. As more and more scenes of scandals and street demonstrations appear, the voice of actress Camila Morgado describes how individuals should learn to demand change, and insists that we accept no less than what is right.

Then, we are treated to a scene of drivers showing kindness to one another in traffic, which illustrates how change begins within each of us. The film ends by displaying the new 2017 Chevrolet Cruze, which is presented as an option for those seeking change.

“With this strategy we will be able to pass on a strong message from Chevrolet connected to what happens in society and bringing a paradigm shift in the concept of sedan cars with the Cruze, a hyperconnected car with innovative design and all the technology that only Chevrolet has. The campaign is very provocative and different from what we did before,” said Hermann Mahnke, GM Mercosul’s marketing director.

“We take advantage of the present social tension that demands structural and cultural changes in the country, to bring it to a segment where people are unwilling to change their consumption habits. With this partnership, we seek to invite consumers to look from a different perspective when considering a high-end sedan,” said Tiago Lara, Senior Vice President of advertising agency Commonwealth Business // McCann.