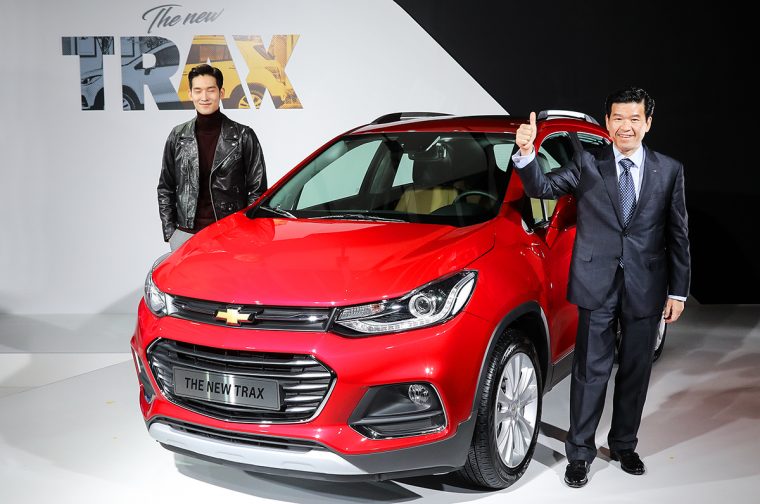 Chevrolet revealed the new-look Trax in Korea today, refreshing the model that GM credits with bringing the small SUV segment to the country both in terms of aesthetic and technology.

The Trax now wears Chevrolet’s new face, featuring a dual-port grille and headlamps that wrap up ver the front fenders, a look which has been demonstrated with current-generation versions of the Cruze, Malibu, and Volt. The look is complimented by a new rear fascia and dual taillamps, as well as 18-inch aluminum wheels.

“Customers will really notice the elevation in the Trax’s interior design and attention to detail,” said Kim. “It’s an environment that transcends segment boundaries, offering rich, premium appointments and seamless integration of the technologies they rely on most.”

With regards to safety, the Trax features a number of standard and available technologies including Forward Collision Alert, Lane Departure Warning, Rear Cross Traffic Alert, and Side Blind Zone Alert.

Chevy originally launched the Trax in 2013, and in the intervening years, it has sold 804,977 units around the globe. The Korean-built Trax was also the country’s top export through June 2016, with a total of 125,042 units shipped.

Pricing for the Trax begins at KRW 18.45 million.