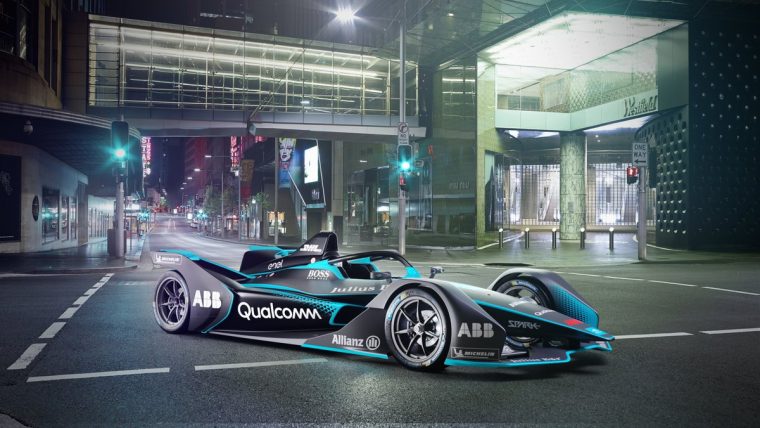 Every year, we see sketches and renders of what the Formula One cars of the future could look like—radical concepts boasting awesome designs and ideas. Now, the closest thing to those conceptual racing cars is finally here…in the form of the next generation Formula E cars.

The series has revealed the first complete images of the new cars it will use from the 2018/19 season, marking a significant departure from the first generation. The front and rear wings are angled more aggressively, the rear diffuser is absolutely massive and the front wheels are covered in LMP1 style.

The cars were designed by Spark Racing Technologies and will feature batteries built by McLaren Applied Technologies, who beat Williams Advanced Engineering to the battery supplying deal.

More importantly, for the sake of those actually trying to watch the races, the drivers will no longer swap cars mid-race when in need of a new battery. This year, the cars will boast twice the energy capacity, effectively doubling their range. The FIA also says they’ll be quicker.

“When we started Formula E, our goal was to break the mold and challenge the status quo—bringing a revolution to motorsport,” said Formula E CEO Alejandro Agag. “This next generation of car represents that revolution.”

“The cars will be faster and will have almost double the amount of energy storage capacity and double the range, demonstrating the continuous evolution of battery technology. Together with the FIA, we’ve achieved a great milestone with the introduction of this car and I can’t wait to see it on track.”