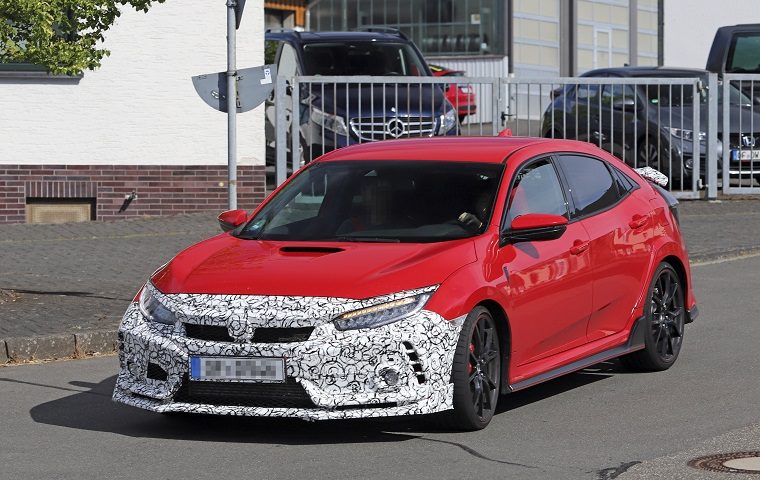 The Honda Civic Type R is inarguably one of the hottest hot hatches you can buy today, but even those who love the way it sings and dances don’t always quite like the way it’s dressed.

If you’re among the people who feel put off by its extreme boy racer looks, you may like the changes Honda has in store for the car, as spy photographers have caught two test Civic Type R test mules equipped with a significantly smaller rear wing.

Though the prototypes’ front and rear bumpers are covered in camouflage, changes to the rear wing are quite noticeable: it’s slimmer, lower, and mounted between the taillights rather than above them, creating a stylish bridge of sorts.

Related: Honda Civic named one of the coolest cars under $20,000

The current rear wing and other aerodynamic elements of the car are said to produce 66 pounds of downforce at 124 miles per hour, a figure that is certain to be reduced with this change.

It remains to be seen whether the new wing will be offered as an option or as part of a new, lower trim, but in any case it’s bound to appeal to those who prefer its slim design over the old and are willing to sacrifice lap times while at the local circuit so as not to seem like a knob while not.

It also seems likely the front of the car will receive minor visual updates to the headlights and front air intakes, and perhaps some other elements as well currently obscured by the camouflage.