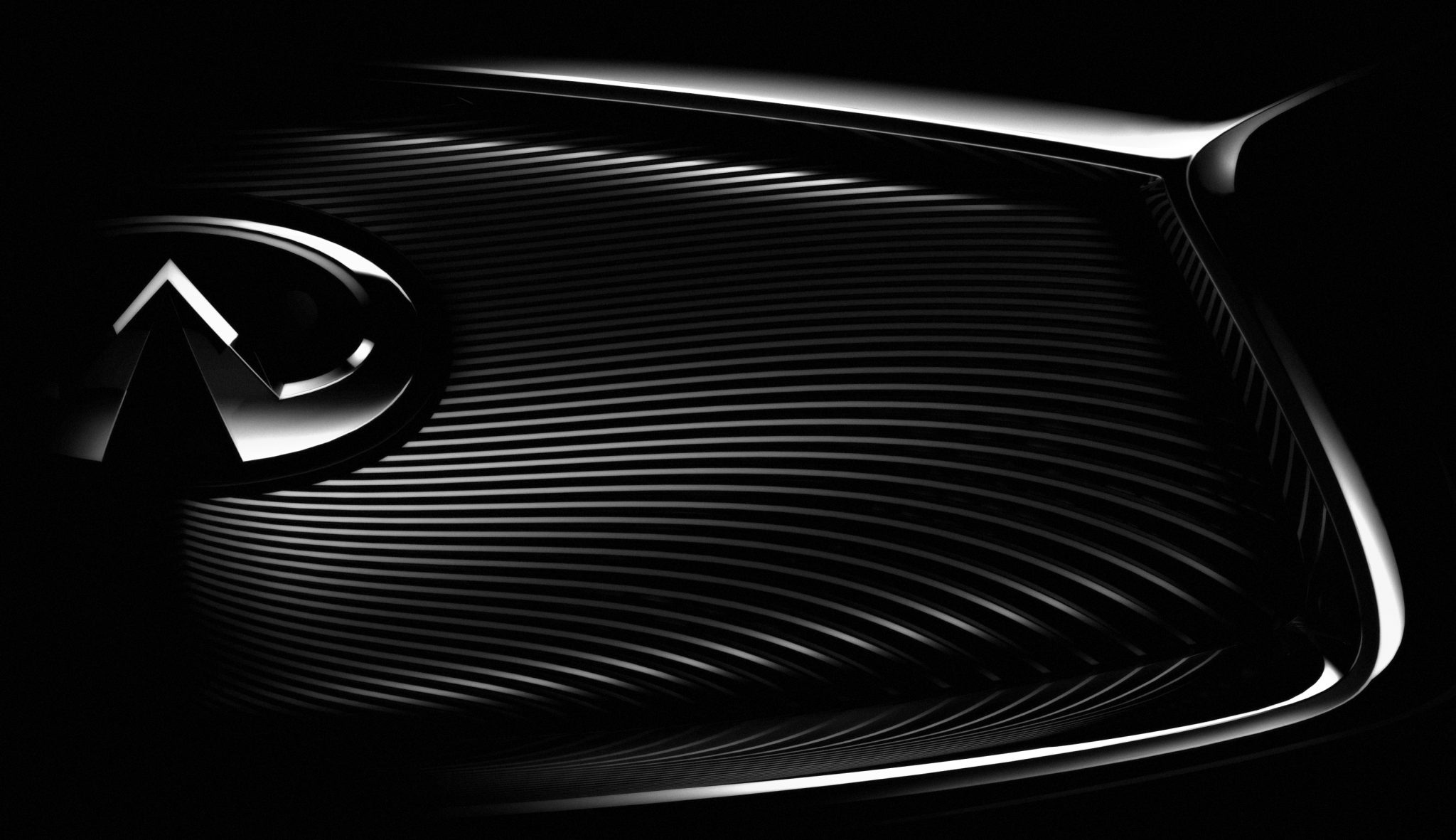 Can you make heads or tails (or face) from this super-vague new Infiniti teaser?

There are fewer practices more annoying than Vaguebooking. For those not familiar, Vaguebooking is when someone on your friend list fills up your timeline with vague status updates that more-often-than-not seem like they’re little more than worms dangling on hooks just waiting to catch a compliment. Infiniti just dropped a teaser for…something…and while it’s a little bit better than, say, someone posting all day about how “some ppl r just to mean for there own good,” it’s definitely not giving us much to work with. New Infiniti teaser says: “LOL I’LL SEE YALL REAL SOON, BUT WHAT AM I?”

What we have here appears to be a grille. The mesh looks different from what the current Infiniti lineup sports, but it doesn’t appear to be anything too drastically different from the norm. Of course, it’s hard to glean much of anything here.

Infiniti’s press release, in and of itself the automotive equivalent of a “I GOT GREAT NEWS BUT I CAN’T TELL ANYONE ABOUT IT FOR A FEW DAYS” Facebook post, is not much more helpful.

Here it is in its entirety:

HONG KONG – Style and substance that push any preconceived limits.

Soon, Infiniti will share a vision – its soul – on a scale not seen before from the company.

For now, this [teaser image]. For more −

So here’s what we can sleuth out: whatever this is, we’re going to see it at the Paris Motor Show in October. (Also, the fact that the file name of the image includes the word Paris was a pretty big tip-off.) Given that it’s on a “scale” not seen before from the company, it could be anything from the Q30 compact hatch to the LE electric vehicle. Since we’ve already seen concept vehicles that will no doubt inspire those particular vehicles, and since this is something “not seen before,” it’s also possible that this is something completely different. Too soon to hope for a mid-size pickup truck, maybe? 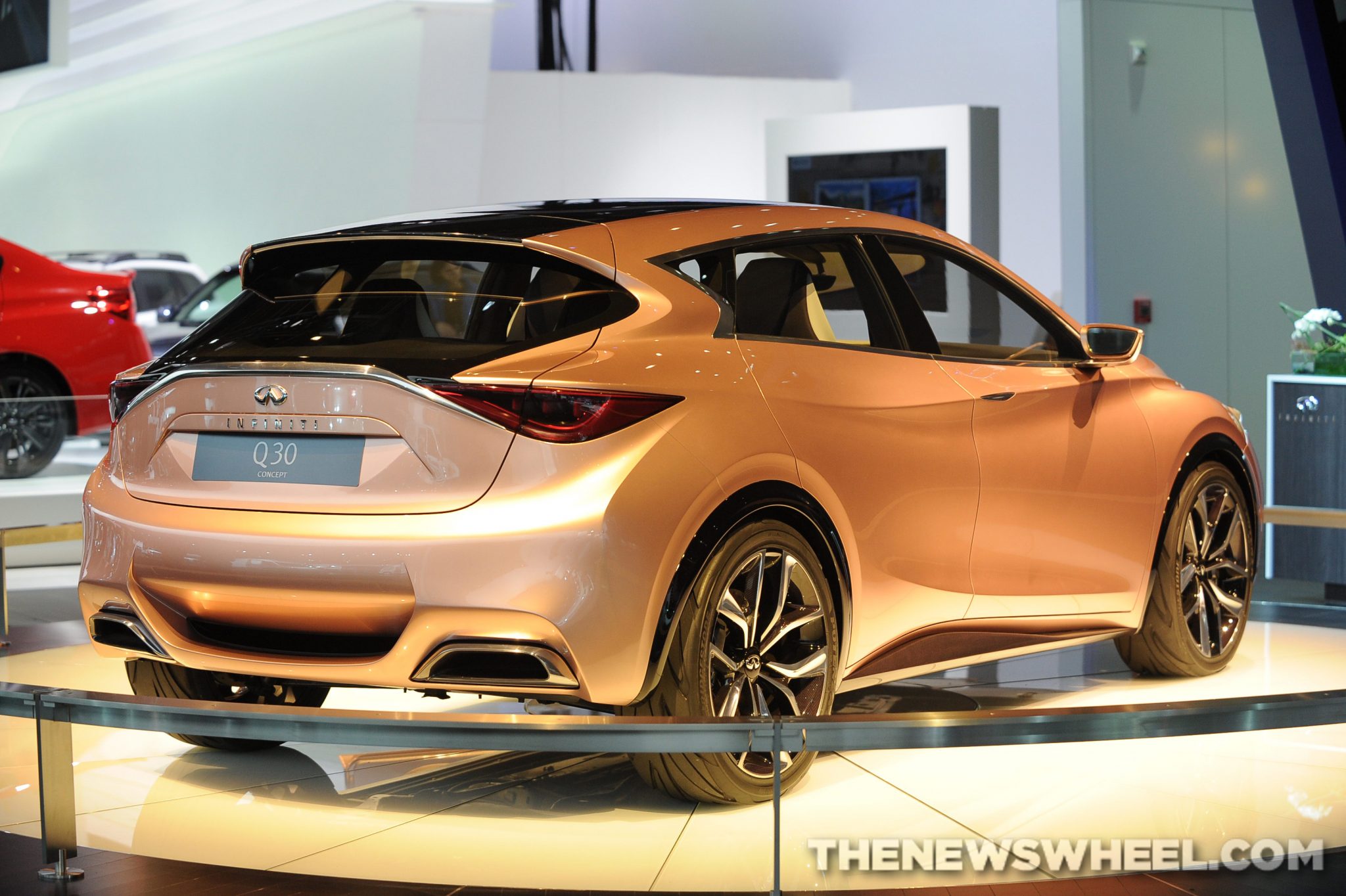 Is it you we’re looking for?

Infiniti has announced plans to expand its lineup by 60 percent over the course of the next five years, so there’s a lot of room for variation. Even money that we’ll be looking at the QX30 crossover (which is also based on the Q40 concept), but we would definitely love it if this ended up being the JUKE-influenced ESQ we heard about a couple months back. 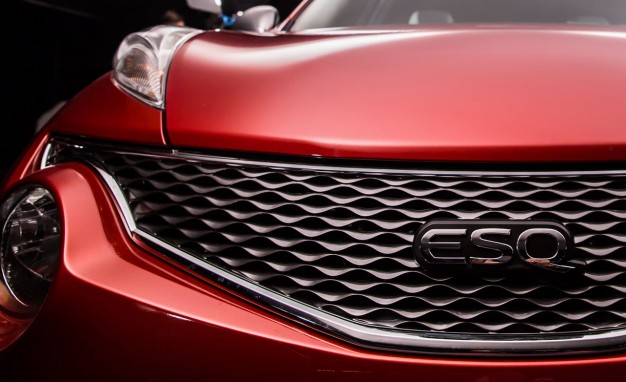