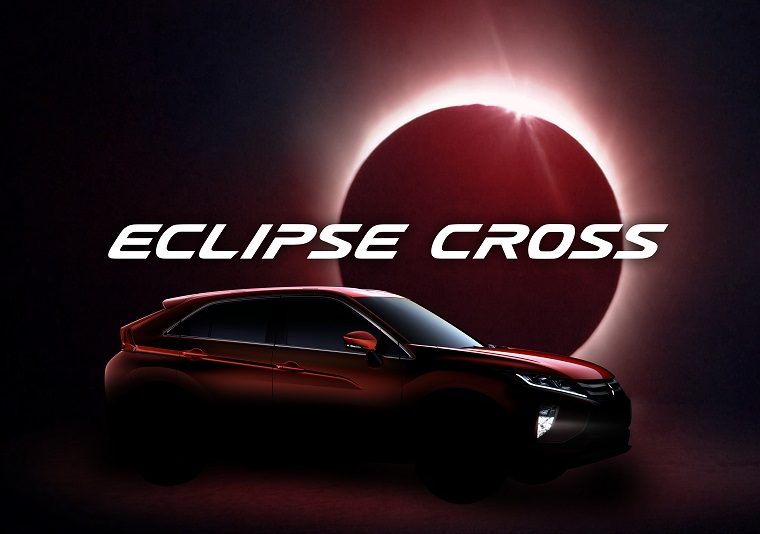 At the end of January, Mitsubishi released a teaser image of the new crossover it would unveil at the 2017 Geneva Motor Show. At the same time, rumors circulated the vehicle would bring back the Eclipse badge that previously adorned the automaker’s sporty coupe, which was popular as an entry-level enthusiast car until its fourth generation and was discontinued in 2011 after a 22-year run.

We hoped Mitsubishi wouldn’t name its new crossover after the Eclipse, as it would once again show the Japanese automaker has no intentions whatsoever to return to its roots and give us a few interesting sedans alongside the crossovers and SUVs and mini-electrics, but Mitsubishi unfortunately confirmed the rumor in a press release today.

The upcoming compact SUV will be named the “Eclipse Cross” as a nod to the Eclipse sport coupe (“Cross” is simply short for “crossover”). Still, all hope may not be lost, as Mitsubishi promises that the vehicle’s design will be as stunning as its namesake astronomical event.

“The Eclipse Cross’s beautiful, dynamic form serves to bring about the same sense of excitement and inspiration as the diamond ring seen immediately before and after a total solar eclipse does,” Mitsubishi said.

The vehicle will feature a high-saturation red body color meant to evoke the brilliance of the sun’s halo flaring from behind the moon. Based on some of the concepts Mitsubishi has unveiled in the past few years, we don’t doubt it could make an exciting-looking car, but the real question is whether the crossover will be as exciting to drive as it looks and whether it will offer enough to compete in a segment that is just as saturated as the Eclipse Cross’s body color.