New Study Finds Everyone Hates Distracted Driving But Does It Anyway 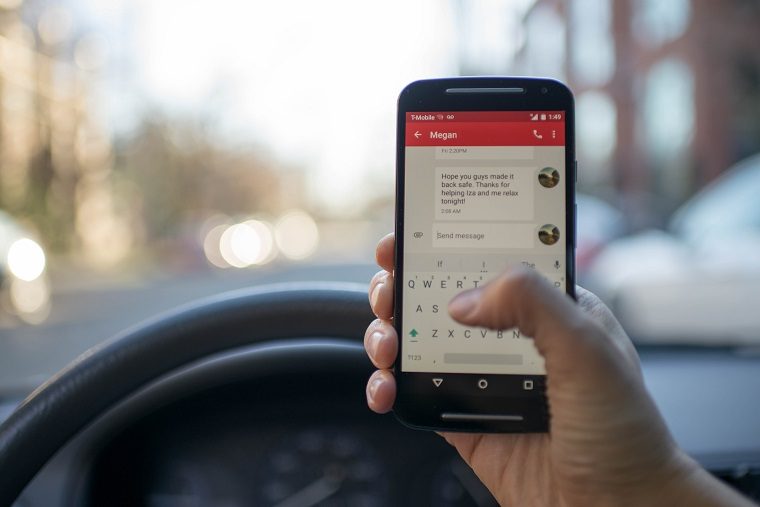 A new study carried out by an insurance company called Esurance analyzed distracted driving and found an interesting trend: just about everyone thinks it’s bad, and yet it is still extremely common.

According to the survey, 91% of surveyed drivers believe that texting at the wheel is distracting, yet 53% of daily commuters still do it. More importantly, of those who describe themselves as “rarely distracted,” 59% still talk on the phone while driving, 10% still text, and 77% still view GPS navigation.

In recent years, to help counteract the seemingly unstoppable trend of people who use their smartphones at the wheel, automakers have added a variety of semi-autonomous safety systems that, in theory, should help fill in the blanks. Or, in the case of Apple CarPlay and Android Auto, allow them to use the phone they were going to be using anyway except in a safer manner.

Though the survey didn’t analyze whether these technologies actually make us safer, it did find that while it made 46% of drivers feel safer, it also made them more distracted—and 10% believed it hindered their driving to the point that some have even been disabling features. “One out of four drivers who sought out tech in their new vehicles have since deactivated at least one feature,” Esurance says.

According to the drivers surveyed, in-car safety technologies made them more distracted because it lulled them into a false sense of confidence to do things they normally wouldn’t, such as look away from the road. A driver named Jim praised the usefulness of assisted steering that comes with lane-centering technology in circumstances such as dropping a fry while eating food while driving, which shows a dangerous overreliance on the technology.

Remember folks, if your car is equipped with tech like Honda’s LaneWatch or adaptive cruise control, it isn’t meant to replace your normal driving habits, but enhance them. Don’t start juggling food in one hand and your smartphone in the other just because the car can, theoretically and in some circumstances, steer you back onto the road automatically.