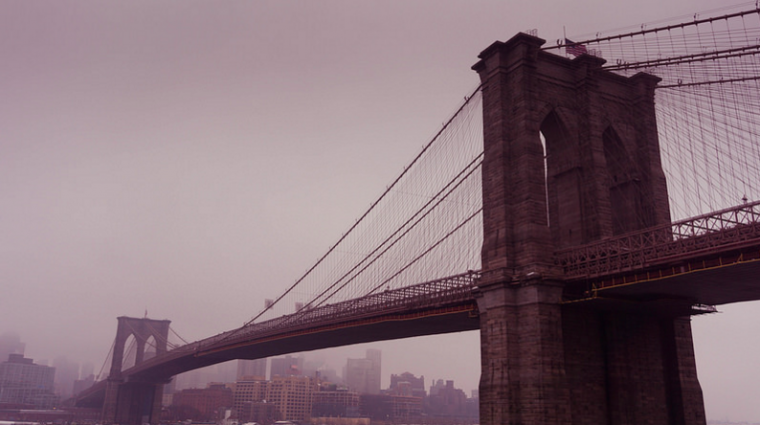 The Brooklyn Bridge is one of the most traveled structurally deficient bridges in the US
Photo: Jeffrey Zeldman

Bridges are an integral part of the United States’ transportation network. Many of us go over bridges every day without a thought about their upkeep or structural integrity—but now, it might be time to change that.

A recent study completed by the American Road and Transportation Builders Association (ARTBA) has found that 58,495 bridges out of the 609,539 that exist in the US are structurally deficient. That is nearly 10%.

Vehicles of all shapes and sizes cross these deficiency bridges more than 200 million times again. The five states with the most deficient bridges include Rhode Island, Pennsylvania, Iowa, South Dakota, and Oklahoma.

Currently, the following bridges are the most heavily trafficked bridges that need repairs:

To combat the number of structurally deficient bridges in the United States, Congress passed a $305 billion, five-year highway bill last December. While this is helping increase the number of bridges under construction, many advocates for fixing the bridges are worried construction on the bridges will slow down unless permanent funding is found.

“Congress basically put a Band-aid on it,” said Alison Black, chief economist for the ARTBA. “It’s going to take major new investments by all levels of government to move toward eliminating the huge backlog of bridge work in the United States.”

Hopefully, more funding will become available for this project in the future. Until then, expect to see construction on the deficient bridges in your area.