New Toyota uBox Designed by Students to Appeal to Gen-Z 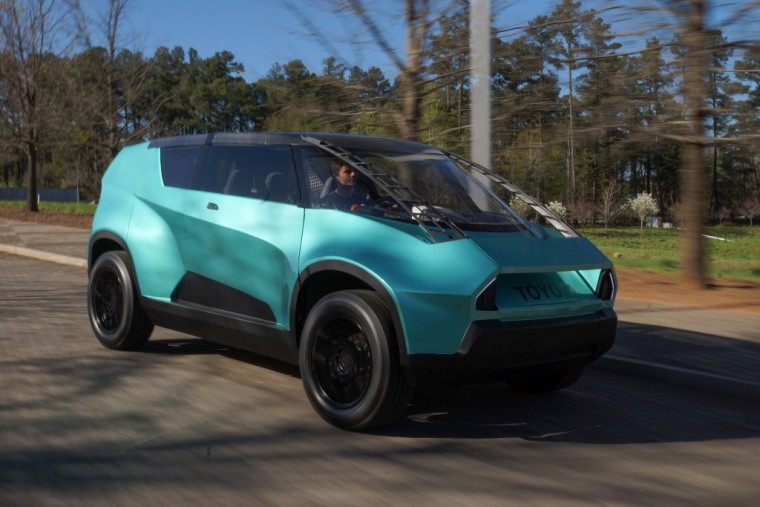 The Toyota uBox concept, created by Deep Orange, the collaboration between Toyota and students at t Clemson University’s International Center for Automotive Research

Automakers are still struggling to appeal to millennials. They are competing with ideas of environmental activism, rideshare programs, and the preference of Uber over car ownership. Some automakers have made Hillary Clinton-esque attempts at appealing to the commonly oversimplified generation—take Chevy’s emoji campaign or Toyota’s failed Scion brand, for instance. But no automaker has truly been able to build something that appeals to every millennial, probably because, despite the tired caricature, millennials vary vastly from person to person. 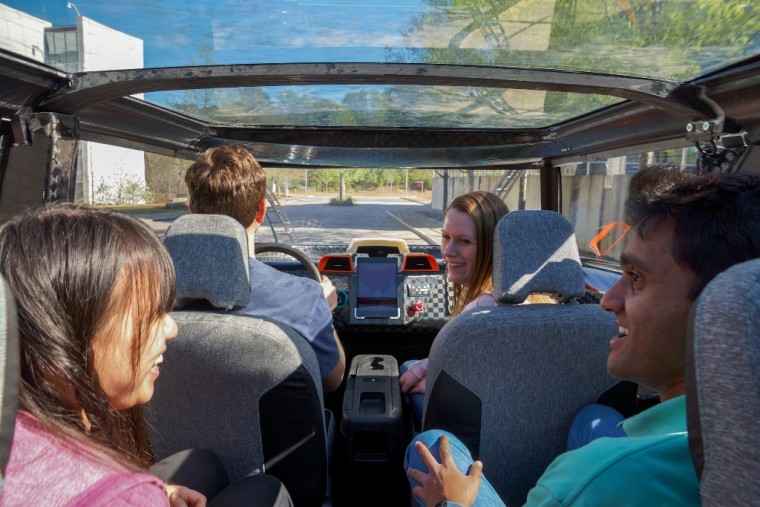 But for marketers, millennials are becoming a thing of the past. It’s time to attempt to figure out the subsequent generation, Gen-Z, which will soon be entering the marketplace (and voting booths, yikes). A collaboration between grad students at Clemson University’s International Center for Automotive Research (CU-ICAR) and Toyota Motor North America designers and engineers, called Deep Orange, thinks it has the answer to Gen-Z: the Toyota uBox. 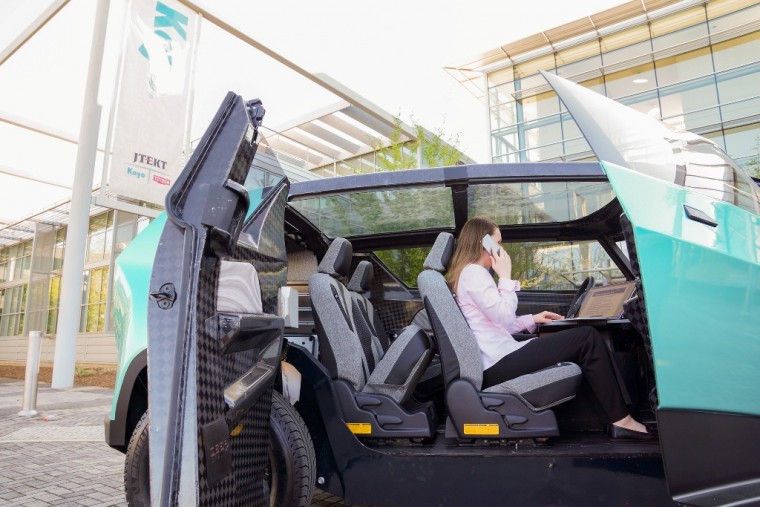 The uBox is the result of two years of collaboration

Toyota’s uBox is the result of two years of collaboration between students and designers. The program is meant to immerse the students “into every aspect of automotive development—from market research and design studies to engineering design and manufacturing.”

The uBox concept is markedly different from what we’re used to seeing on the road. I don’t want to call it the Youabian Puma of Gen-Z, but I’ll let you decide that one for yourself. According to Toyota, the students hoped the “muscular stance that looks like it’s sprung forward in motion” would appeal to Generation Z’s desire to “stand out.” I have a feeling the Toyota uBox would achieve that end. 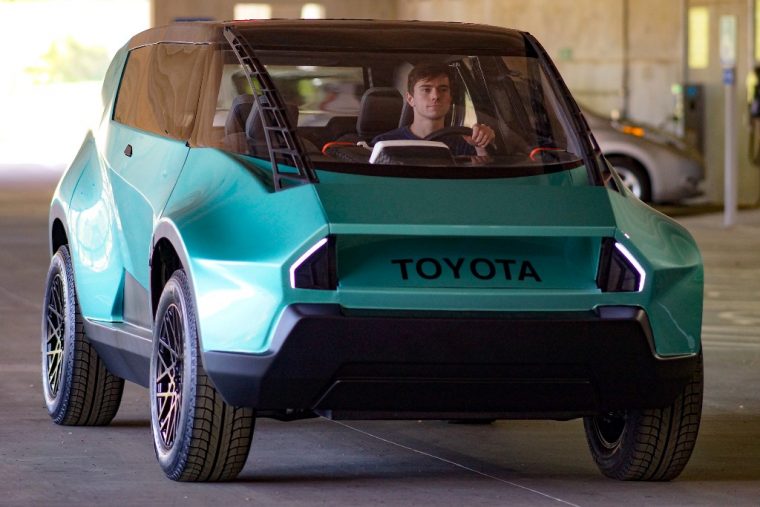 Students designed the uBox to look like it is always springing into motion, even when stationary

Other notable features for the uBox include customizable vents, dashboard display bezels, and door trim, personalized and designed via 3D printing tech, as well as “an online community for owners where they can share design ideas.” Powering the Toyota uBox is a compact, dual-purpose, all-electric powertrain. What is that dual purpose? Other than powering the uBox without any gasoline, it also acts as a way to power cell phones and “power tools” (though it’s hard to imagine any Gen-Z driver actually knowing how to operate a power drill), with 110-volt outlets throughout the interior and exterior. 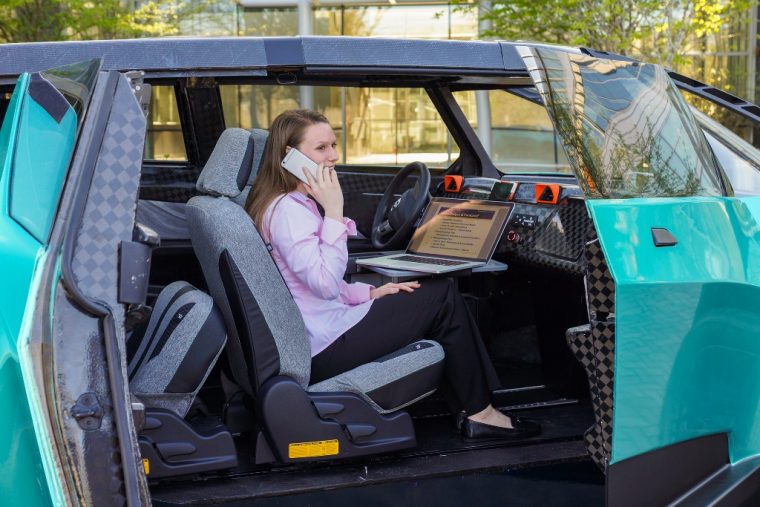 Drivers and passengers can stay charged and connected with the uBox

The students behind the Toyota uBox explained their target customer: “a young entrepreneur who wants a vehicle that can provide utility and recreation on the weekend but that can also offer space or other career-centric or lifestyle uses during the week.” Yep, sounds about right. 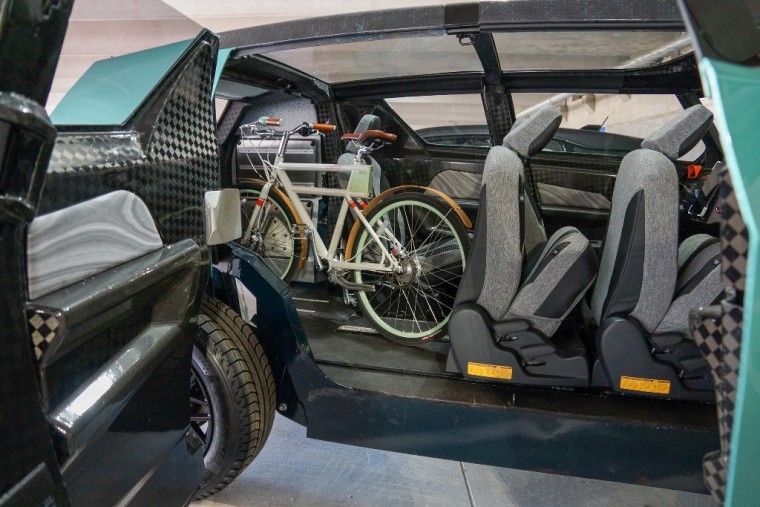 Easily store recreation items like a bike in the uBox

One really cool thing about the uBox that I’m quite blown away by—and that managed to impress Toyota Executive Program Manager Craig Payne—is the pultrusion technique that the students implemented to utilize composite carbon fiber rails bonded with aluminum so that they could achieve a curved glass roof.

“The roof pultrusion was something unexpected and very interesting when they first started talking about the concept,” explained Payne. “The fact that they were able to achieve an industry-first manufacturing technique as students speaks volumes for this program.”

The Toyota uBox was unveiled today at the Society of Automotive Engineers World Congress and Exposition at Detroit’s Cobo Center (where the North American International Auto Show is held each January).