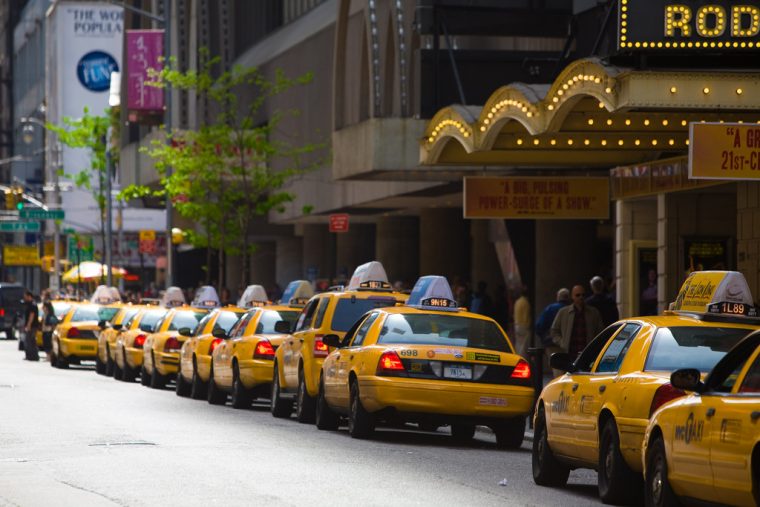 Friday afternoon, President Trump signed an executive order that indefinitely stopped the entrance of Syrian refugees into the United States, suspending all other refugee entrance for 120 days, and blocked any citizens from the Middle Eastern countries Iraq, Iran, Libya, Syria, Sudan, Somalia, and Yemen. The order set off protests at airports across the country.

It’s Good to Know: Know what you are paying ahead of time with this payment calculator

In New York, the protest outside JFK was joined by a special group that is often seen outside airports: the New York Taxi Workers Alliance. The NYTWA announced that it would be halting pickups at JFK from 6pm to 7pm to protest the executive order.

We cannot be silent. We go to work to welcome people to a land that once welcomed us. We will not be divided.

The taxi workers’ alliance takes exception to the executive order’s targeting of Muslim-majority nations, when the 19,000-member union is largely composed of Muslim, immigrant drivers.

Uber, the ride-hailing company, issued a statement to its employees, which it also sent out on Twitter.

Full email Travis Kalanick, who is on one of Trump’s advisory groups, sent to @Uber employees about the president’s #muslimban: pic.twitter.com/OGSG2u9vr3

In addition, though, the ride-hailing app also announced that surge pricing, which increases the cost of calling an Uber driver when a lot of rides are in demand, was turned off at JFK airport, which undercut the impact of the effectiveness of the taxi strike.

Surge pricing has been turned off at #JFK Airport. This may result in longer wait times. Please be patient.

Uber followed it up with this one, linking to the Uber CEO’s statement.

This was followed by swift outrage from the Internet, particularly on Twitter, where the hashtag #DeleteUber swiftly began trending.

Meanwhile, Uber rival Lyft has jumped on the moment by pledging to donate $1 million to the American Civil Liberties Union (ACLU), which will be paid out over four years. This, Lyft co-founders John Zimmer and Logan Green announced, was in order to help “defend our constitution.”