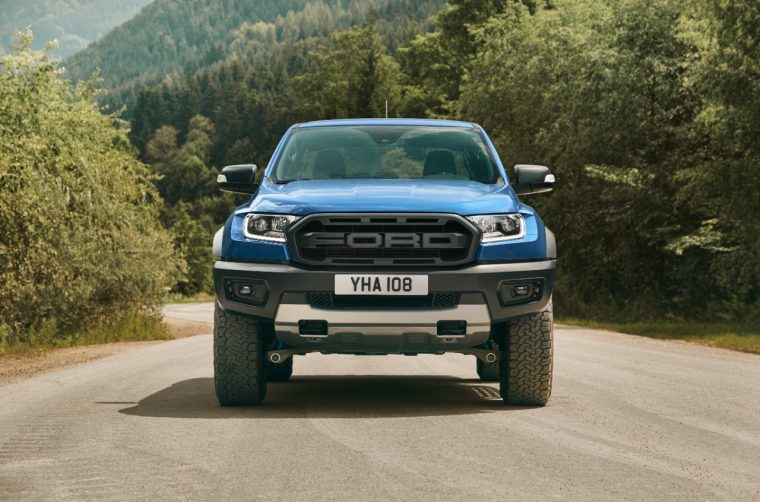 If you want an auto headline worthy of that meme with the blurry picture of Pikachu’s shocked face, here ya go: Ford, it appears, is going forward with bringing the next-gen Ranger Raptor to the United States.

Ford debuted the Ranger Raptor in Bangkok last year and promptly confirmed it for Asia Pacific markets as well as for Europe. Conspicuously absent from the conversation was the Ranger Raptor’s status stateside, though a right-hand-drive mule was spotted testing near a McDonald’s of all places this past summer. Autoblog asked Ford Performance’s Hermann Salenbauch in October if there was a future for the Ranger in the U.S., and his answer was that it wouldn’t be cost-effective to scale it for North America. Sad face, right?

Road & Track wasn’t content to let that answer lie and did some digging into the social media profiles of engineers said to be working on the next-generation Ranger. Likely to be arriving in 2022, the next-gen Ranger carries an internal project code of P703 and will share some DNA with the upcoming Bronco. Modatek is building the frames for both the Ranger and the Bronco, and R&T reports that one of its chassis engineers shared information on social media about working on a Ranger Raptor that shares the next-gen Ranger’s P703 project code. Other sources indicated that the Ranger Raptor is being called Project Redback internally.

R&T didn’t offer links or names for its sources, so you’ll probably not want to get your hope too terribly high. Ford responded to the request for comment with the typical line about not commenting, so that’s not much of a hot lead. But one has to think that in a world of Ford Edge STs and Explorer STs that the Ranger Raptor is a veritable certainty at some point or another. If that means 2022 or beyond, well, you may just want to get your 2019 Ford F-150 Raptor now and enjoy that for the next few years just in case.