Next Porsche 911 GT3 to Stay Naturally Aspirated After All 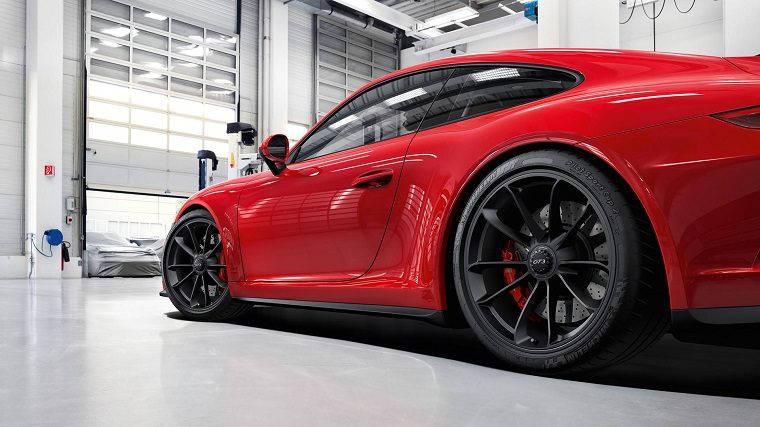 Contrary to previous reports, the next Porsche 911 GT3 has been confirmed by an executive that it would stick to its naturally-aspirated roots and forgo a turbochargers, a continue to do so as long as the company thinks it can do it.

Two weeks ago, the car enthusiast world whipped itself up into frenzy over the claims that the new GT3, the track-focused version of the 911, would switch to a 3.8-liter twin-turbo flat-six and would only be available with Porsche’s PDK automatic transmission.

Because it is a track car and one of the last in Porsche’s lineup not to have switched over to turbos, the enthusiasts were appalled—a track Porsche without a manual? Unthinkable! It seems, however, that Porsche’s Dr. Frank-Steffen Walliser is on the same page, and was eager to disagree when speaking with Australia’s Drive.

According to Walliser, “a normally aspirated engine still fits a sports car. You cannot achieve the same with a turbocharged engine.” He says that the industry’s shift toward forced induction “is mainly driven by emissions regulations” and that special Porsches, like the GT3, will continue to be naturally aspirated as long as regulations allow.

“The uniqueness comes from the normally aspirated engine. As long as we can do it, we will do it.” Walliser, by the way, is the head of the company’s GT motorsport and GT production sports cars, as well as the head engineer for the 918 Hybrid and 911 GT2, so he should know what he’s talking about.

He also added that the manual would stay, stating that it “matches very well” the GT3’s high-revving flat-six and that half of the GT3s sold in the United States were manuals. In fact, he even went so far as to joke that “the last car ever built will be a…GT3 manual.”

There could be one caveat to the naturally aspirated thing, though. Walliser says Porsche will continue to skip the turbocharger in the GT3 as long as it still can, but the car may not be around for production for another two years, at which point regulations may be very different…