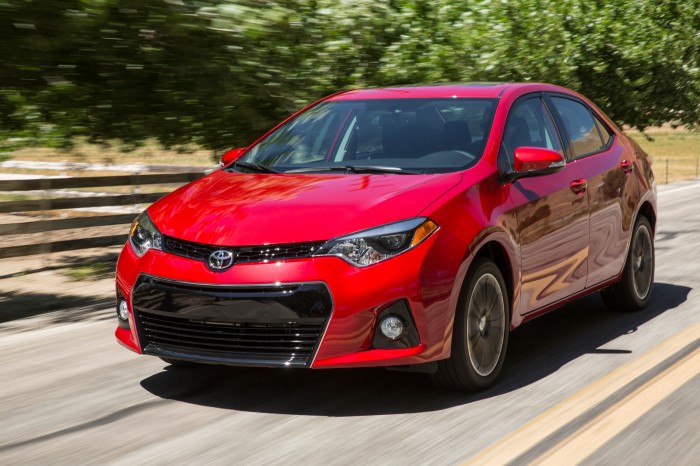 The Toyota Corolla, one of the world’s best-selling cars, was redesigned for the 2014 model year to much acclaim, and the 2015 model follows hot on its footsteps. It offers new, more modern styling; increased rear-seat room; and improved fuel economy; plus a plethora of other features that helped the sedan regain its standing in its segment after the previous generation was swamped by competitors that offered more room, style, and efficiency.

When restyling the Corolla, Toyota also made sure that the latest safety features were available on all models. It’s this that helped garner a 2015 Toyota Corolla Five-Star Safety Rating from the National Highway Traffic Safety Administration (NHTSA). In individual tests, the 2015 Corolla earned five stars in the front and side crash tests, and four stars in the rollover crash test, for a total of five stars overall.

The 2015 Corolla has not yet been rated by the Insurance Institute for Highway Safety (IIHS), but the 2014 model was named a Top Safety Pick, scoring the highest possible rating of “good” in four out of five crash tests. It’s assumed that the 2015 Corolla will also receive this accolade.