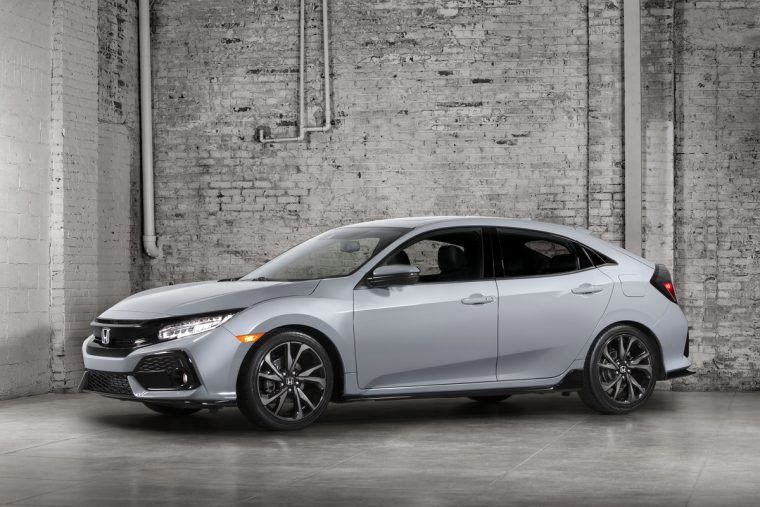 Just two weeks ago, Honda announced that the 2017 Honda Civic Hatchback would be launching in North America sometime this fall. In the announcement, the Japanese automaker said that the car would target top safety ratings from the federal government.

Well, the new model has hit its target—today Edmunds.com is reporting that the National Highway Traffic Safety Administration (NHTSA) has awarded the Civic Hatchback the highest five-star overall safety rating.

It is the same rating that the 2017 Honda Civic sedan and coupe earned from the NHTSA. The car has not yet been rated by the Insurance Institute for Highway Safety, but is expected to do well in IIHS testing, also.

The 2017 Civic Hatchback received five out of five stars in the front, side, and rollover crash tests. Stability control, antilock brakes, side airbags, side curtain airbags, and a rearview camera all come standard on the new Civic Hatchback.

The brand new Sport Touring trim will come standard with Honda Sensing safety features, in addition to amenities that include Apple CarPlay and Android Auto connectivity and LED headlights.

“The Civic Hatch has been a staple for Honda in Europe, but has long been the forbidden fruit for Honda fans in the US,” Honda executive Jeff Conrad has said. “Now, we’re bringing this sporty, stylish and versatile Civic Hatchback to North America, as we amp up the performance of our incredible Civic lineup with each new Civic model.”