Nissan Kicks Concept Revealed: Wait, Why is It Called Kicks? 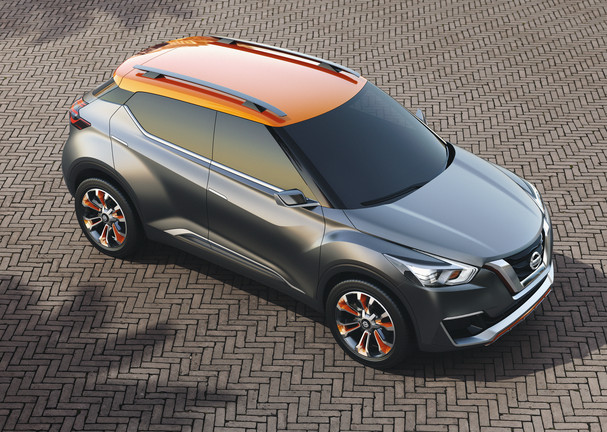 The day has arrived at long last, and Nissan has revealed its compact crossover concept at the São Paulo International Motor Show. Is it, in fact, the EXTREM II? No. Is it a bold, unconventional design concept that likely won’t look like anything Nissan actually would end up producing? Not really.

In fact, the concept is a pretty straightforward take on the compact crossover that actually looks like something that might slot between the JUKE and the Rogue. And that’s a good thing. 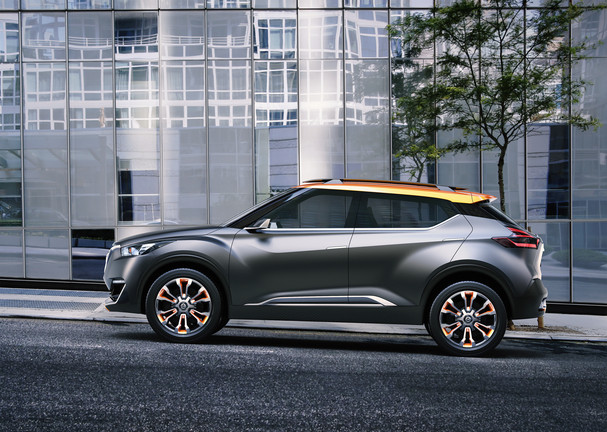 Pictured: a crossover that might actually get made, still looks pretty sporty

More from Nissan: Nissan To Offer No Charge To Charge Stations for the LEAF

“This concept is a product of global collaboration, but it was inspired by the streets of Brazil and designed for its people,” said Mamoru Aoki, Executive Design Director of Nissan’s Global Design Strategy Department. 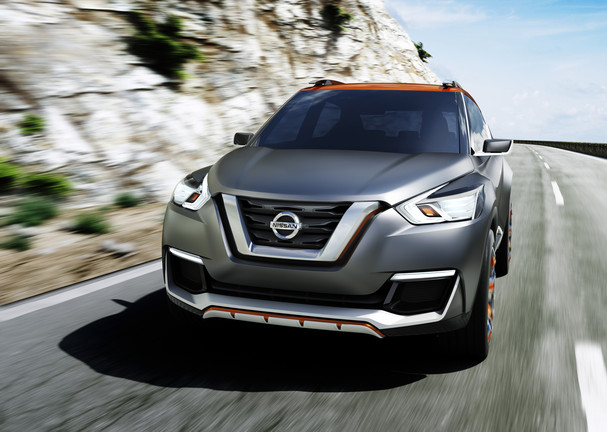 The above video also mentions the music, food, landscape, and lifestyle as influencers on the style of the Nissan Kicks Concept, as well as the consumer preference toward black, white, and silver vehicles.

It’s pragmatic yet stylish, thanks to a vivid Rio Sunset Orange top and blacked-out windows from front to back; and made to look seamless with blacked-out pillars. It’s a pretty solid cross section between the bland people hauler and the overstyled concept, resting somewhere in approximation to practicality.

Yet, still: why is it called Kicks?

“It’s not only just for the Brazilian market, but we capture the idea of Brazil and then we apply it to our global design improvement, making a stronger design lineup for future Nissan designs,” said Taro Ueda, Vice President of Nissan Design America.

There’s enough with the Nissan Kicks Concept to suggest that this is something Nissan could move a version of it into production—and not just for the Brazilian market. If this winds up being the case, we have just one request: find a better name for it.

Shopping for a New Nissan? Check Out National Sales Incentives and Rebates