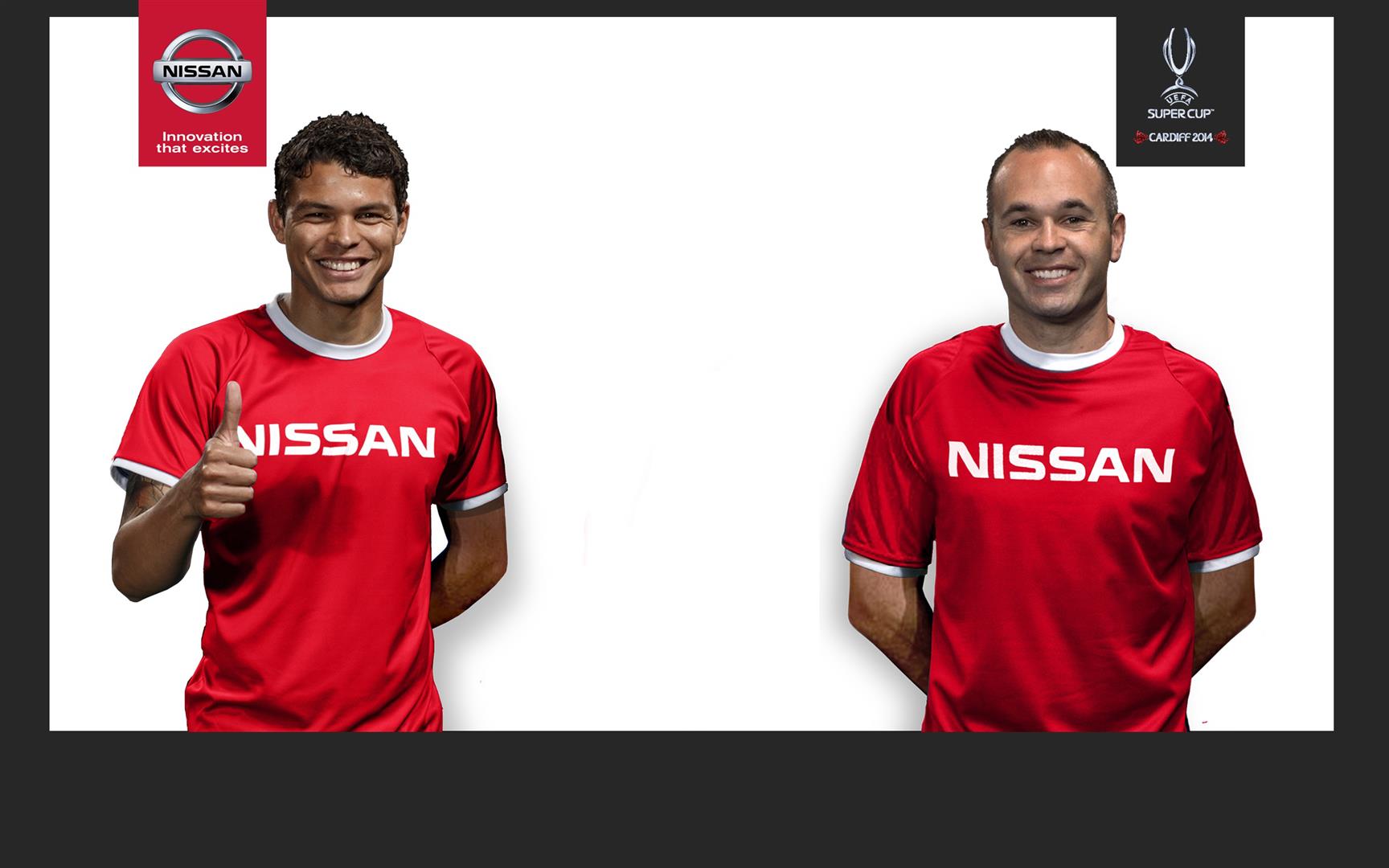 A new partnership between Nissan and the Union of European Football Associations Champions League began last week at the 2014 UEFA Super Cup on August 12, which saw Real Madrid triumph over Sevilla, 2-0. Nissan launched their Engineers of Excitement program, which seeks to enhance the fan experience, on the day of the soccer match.

As part of their sponsorship, Nissan has tapped Barcelona central midfielder and three-time UEFA Champions League winner Andrés Iniesta, as well as central defender and Paris Saint-Germain captain Thiago Silva as spokesmen. At least, we assume they will eventually be speaking; so far the two stars have made a brief, silent appearance in a new ten-second teaser ad that promotes Nissan as a “proud new sponsor” of the Champions League. More commercials are expected to premiere later this month.

Related: Nissan To Offer No Charge To Charge Stations for the LEAF

“The UEFA Super Cup represents Nissan’s first official UEFA partnership experience, and we’re very excited to be involved with this prestigious match,” said Bastien Schupp, the vice president of marketing for Nissan Europe. “Innovation that Excites is what Nissan stands for, and our partnership with UEFA will see a collaborative effort which will push the boundaries to create real innovation and continued excitement for fans across the globe.”

In their capacity as “Engineers of Excitement,” Nissan provided 600 free match tickets to local youth sports groups, and also gave one family the opportunity to attend on-pitch training sessions before the match. Additionally, during the week leading up to the match, three Nissan Qashqai crossovers transported the UEFA Champions League, Europa League, and Super Cup trophies to cities and towns across Wales to give fans the opportunity to see the awards up-close and in person.