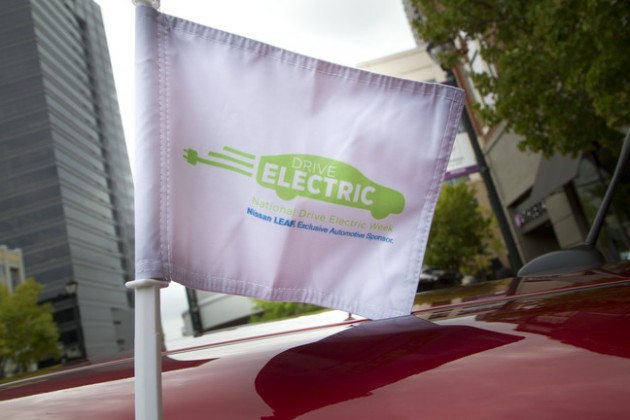 This week (September 15-21) is National Drive Electric Week in the United States, and Nissan is celebrating the more than 60,000 US drivers who have gone all-electric with its LEAF. Nissan is sponsoring the event, as well as the 130+ events scheduled for the next seven days in markets both domestic and abroad.

“With more than 60,000 US sales and 50 percent market share among pure EVs this year, Nissan is the natural sponsor of National Drive Electric Week,” said Toby Perry, Nissan’s director of Electric Vehicle Marketing. “At events across the country, drivers of Nissan LEAF and other electric cars will get together to spread the word about the benefits of driving electric—lower operating costs, zero tailpipe emissions and they are just fun to drive.”

To celebrate those 60,000 drivers and National Drive Electric Week, Nissan has put together the following infographic to detail the important changes made by the more than 135,000 LEAFs being driven by environmentally-conscious individuals around the world. 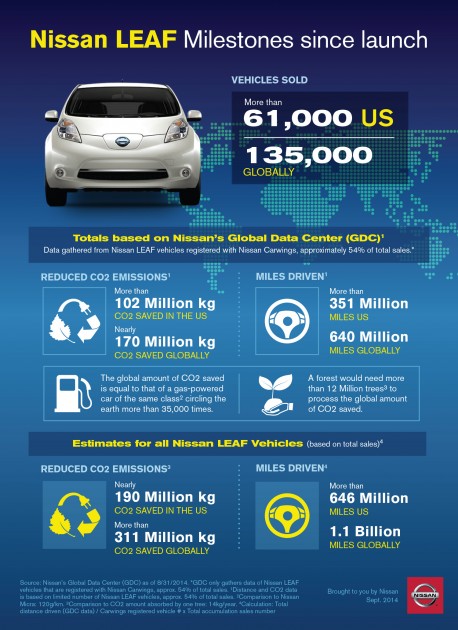 According to Nissan’s Global Data Center (utilizing data culled from LEAFs registered with Nissan Carwings), the Nissan LEAF has reduced CO2­ emissions by more than 102 million kilograms in the United States and 170 million kilograms globally, which is roughly equal to the emissions of a single gas-powered subcompact circling the globe more than 35,000 times.

Drivers in the US have accounted for 351 million miles of the 640 million all-electric miles driven by LEAFs from all around the world.

When these numbers are expanded to account for the other 46% of LEAF vehicles that are not registered with Carwings, those totals rise to something closer to 190 million kilograms of CO2 saved in the US, 311 million kilograms saved globally, and 646 million all-electric miles in America with a total of 1.1 billion miles globally.

Through the first eight months of 2014, sales of the LEAF are up 34%, and the 3,186 unit total from August marks the best sales month ever for the namebadge. 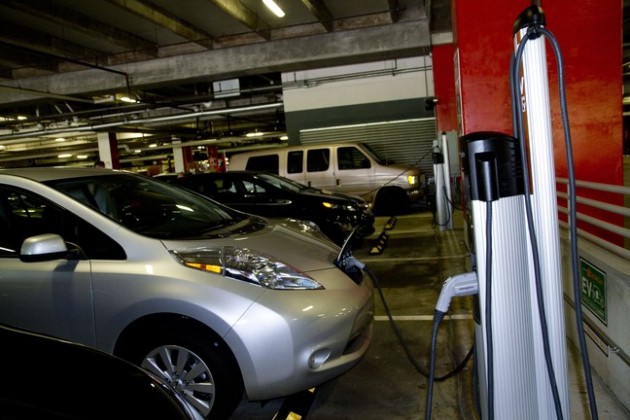 “LEAF owners have become our most effective marketers. Their enthusiasm for their LEAF and its benefits drives family, friends and co-workers to consider and purchase one for themselves,” said Perry. “This has a viral effect, where one LEAF sale in a neighborhood or office often triggers several additional sales.”

National Drive Electric Week is now in its fourth year; it was founded in 2011 as National Plug In Day by Plug In America, Sierra Club, and Electric Auto Association. Last year’s events pulled together 35,000 participants at more than 100 gatherings around the world.