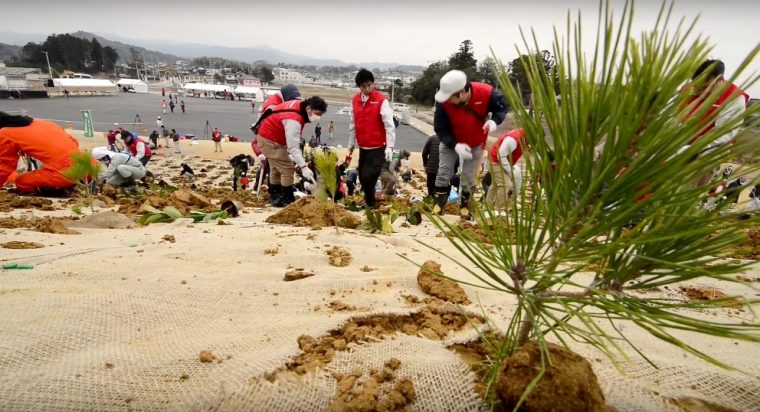 Five years ago, a devastating earthquake and tsunami hit the coast of northeastern Japan. The area is still recovering, and Nissan’s team in Japan is as committed as ever to helping in the recovery.

Nissan itself, like many Japanese brands, was affected by the tsunami, with the devastation delaying shipments to overseas markets. Several suppliers were out of commission as they recovered from the disaster, a Nissan engine assembly plant was damaged, and ports and highways around the country were closed to commerce. The company recovered and was able to continue sending cars around the world, but it was very aware of other companies, communities, and families that weren’t as lucky.

Park a Green Nissan in Your Driveway: Learn more about the 2016 Nissan LEAF

To remember those lost in the destruction, Nissan and other Japanese automakers in the Japan Automobile Manufacturers Association to create a replica of an ippon matsu, or miracle pine that was the sole tree standing in one of the destroyed cities. The tree was created out of metal, featuring pine cones crafted out of cars destroyed in the events, as a memorial to the souls that perished and livelihoods that were swept away.

What Was That? Check out what different types of noises mean for your car

Ever since the 2011 tsunami, Nissan has worked tirelessly to help their country recover. In 2014, 100 Nissan employees notably signed up to work for Habitat for Humanity but the organization could only take 20. Shortly before the fifth anniversary of the natural disaster, about 30 Nissan volunteers from the Nissan Iwaki plant worked together at Hirono town in Fukushima to strengthen an earthen storm wall with young trees and plants. Many of the volunteers had personal reasons for coming, and all of them were committed to returning a once-viberant area to the way it was.

You can take a look at the event Nissan employees volunteered at in the video below.