Nissan Salutes India For Its Birthday 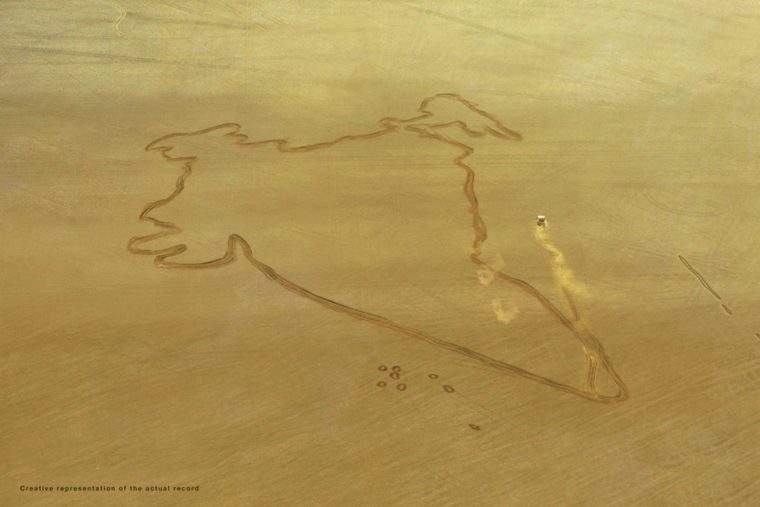 This year marks the 68th year of the Indian Republic, and Nissan decided to celebrate in style. It doesn’t hurt that its tribute to India happened to break a world record at the same time. Nissan’s giant birthday card to the Asian nation was a giant map of India drawn with the handcrafted Nissan GT-R sports car. The drawing won a spot as the world’s largest country map in the Limca Book of Records (the Indian version of the Guinness Book of World Records).

The record was broken in the dry bed of Sambhar Lake in Rajasthan and the whole map was really an outline of the country that enclosed three square kilometers, being three kilometers long and 2.8 kilometers wide. The bright red GT-R traveled 14.7 km around the edge of the map to draw the outline.

The choice of the Nissan GT-R is pretty important, as the vehicle has just come to India in December of 2016 with its Premium Edition. Nissan Brand Ambassador and Bollywood star John Abraham was the first person in the country to take delivery of the car, and it is ready to conquer the roads. Nissan has even opened an official Nissan High Performance Centre (NHPC) in Noida to give the upper classes a comfortable way to pitch the GT-R of their dreams.

The video showing all the work that went into creating this huge map was released on India’s Republic Day as a surprise birthday question, and as of today the video has over 1.6 million views on YouTube. We have to admit it’s pretty cool, and we’re demanding a similar present on the Fourth of July.