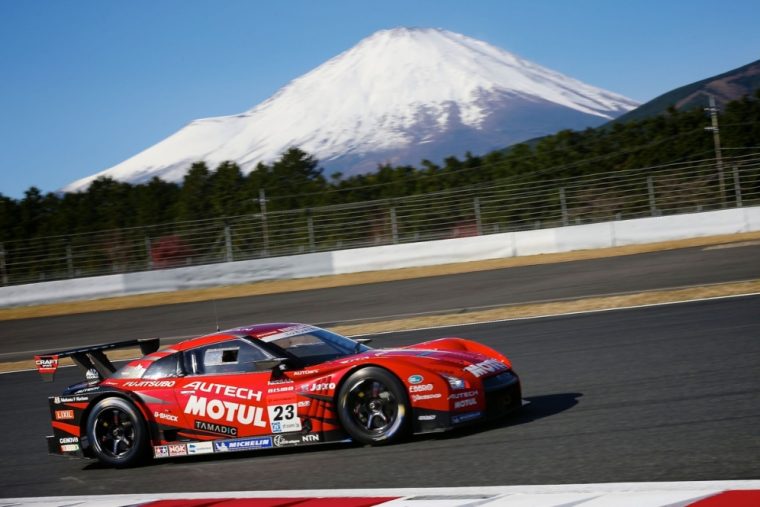 Nissan’s extensive worldwide lineup has a lot of fans, but none so devoted as those who follow the NISMO performance brand. For the past two decades, Nissan has celebrated these fans at the annual NISMO Festival in Japan. This past weekend, the 20th running of the festival took to the track near Tokyo to showcase the consumer car gem in the NISMO crown, the Nissan GT-R.

The Nissan GT-R celebrated its 45th anniversary in the 2016 model year, and the model was the focus of the event. More than 28,000 NISMO fans joined Nissan at Fuji Speedway with even more tuning in via a live stream on YouTube. Events at the NISMO Festival included a race between cars representing the Super Taikyu, Europe’s Blancpain GT Series, and Super GT series.

As a nod to the GT-R, 16 of the cars from the model’s many years of racing took to the track in a Racing GT-R Heritage Run. One of the racecars present was a Group A-spec Nissan Skyline GT-R R32, specifically the Calsonic version driven by Kazuyoshi Hoshino. This car won 29 races in a row on Japanese soil and was voted the greatest Nissan/NISMO racecar of all time by users on Twitter.

“We’re very thankful for the support of the fans throughout the season,” said NISMO president Takao Katagiri. “Although we missed Super GT championship by mere two points, the victory at the final round gave us a clear direction of what should be done over the winter for the next season. As a new challenge, Nissan and NISMO will compete in the all-electric FIA Formula E championship which starts in December next year, and we will look forward to seeing you all again to celebrate our victories.”

We are already looking forward to next year’s Nissan NISMO festival (and hoping for an invitation in the mail).