No Chevy Super Bowl Commercials to Air This Year 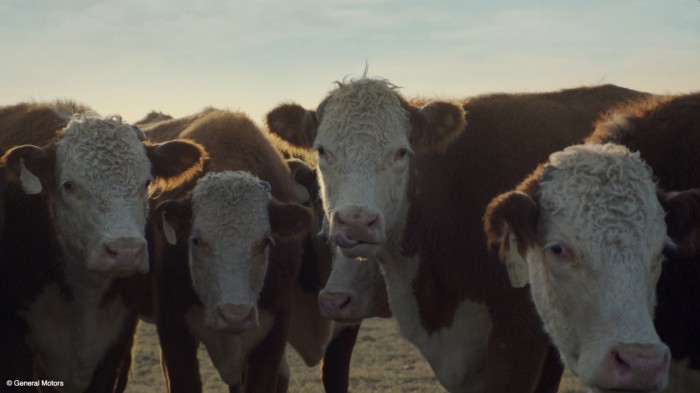 Chevrolet and Bengals head coach, Marvin Lewis, have something in common now: a strong aversion to the Super Bowl. The American automaker said Monday at the 2015 North American International Auto Show that there would be no Chevy Super Bowl commercials aired during this year’s game on February 1, 2015.

During last year’s blowout matchup between the Seattle Seahawks and a ragtag team of overwhelmed high school students quarterbacked by their middle-aged coach the Denver Broncos, Chevrolet aired not one but two Super Bowl commercials. The first one, “Romance,” told the story of the titular romance between a man, his 2015 Silverado, and his cow. The bowtie brand also aired a more somber ad, quite simply titled “Life,” which encouraged Facebook users to change their social media profiles to purple on February 4th,  World Cancer Day. However, none of that will be on display at this year’s big game.

So, what gives? Is the Detroit-based automaker protesting the whole NFL postseason after their hometown Lions got screwed by questionable officiating in the playoffs? Well, not quite.

Seriously though, how is that not pass interference?

Where Have All the Chevy Super Bowl Commercials Gone?

“Last year we were in because we were right in the middle of our Silverado heavy-duty launch,” Chevy’s global chief marketing officer, Tim Mahoney, told The Detroit News. “It made sense.”

This year, apparently, it does not. Most of Chevy’s five major launches for 2015 will occur in the second half of the year. The lone exception is the new 2016 Volt, which Chevy doesn’t advertise very much to begin with.

GM’s Buick, GMC, and Cadillac brands also won’t be advertising during Super Bowl XLIX. Neither will Acura, so don’t expect to see Jerry Seinfeld show up during the game, unless maybe he has box seats.

However, Chevy will still present a new Colorado pickup to the game’s Most Valuable Player. When they did that at last year’s World Series, it resulted in $5 million worth of free advertising, so maybe that’s what they’re shooting for again.