No, Ford’s Not Making a New Bronco, Either 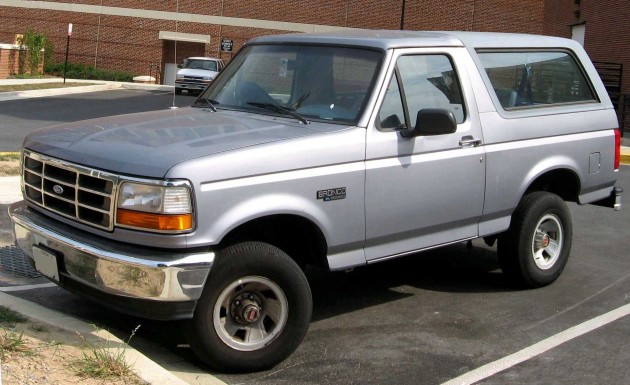 Every once in a while, a major automaker files a trademark request for a name attached to a vehicle that it hasn’t made for a good long while. Whenever something like this happens, it’s almost a guarantee that speculation will crop up that IT’S COMING BACK! IT’S COMING BACK!

The case is no different when it comes to Ford filing a Standard Character Mark application for “Bronco.” You see, you may not know it, but Ford used to make a make an SUV called the Bronco. It was very popular, and it had a very long shelf life. In fact, Ford made it for a whole 30 years, which is a pretty impressive run by any standard.

But then this little thing happened in 1994 and there was a guy driving a Bronco in LA, and since then, it’s vehicle non grata.

In the almost 20 years since, people have been clamoring for a new Bronco to the point that it was one of the most-Googled terms folks searched for when surfing the ‘net for Ford news. Yet Ford has repeatedly reaffirmed its position that there is no new Bronco forthcoming. And yet…

Oh, but WHY would Ford renew a trademark for a vehicle it doesn’t plan to make!? Because companies, you see, generally like to protect themselves against having the names of former properties scooped up and used against them.

Sometimes, they like to use those old names for other merchandising purposes even if they don’t intend to bring a new version to production. To be clear, the Standard Character Mark covers everything from:

So filing a trademark, in essence, doesn’t mean much. Don’t believe us? Exactly one year ago, Toyota reapplied for the Supra trademark once again, and everyone went crazy thinking that we would be getting an FT-1-based Supra before you know it. Since then, Toyota has sold approximately zero Supras.

So, in short, don’t go getting all excited for a 2017 Ford Bronco. (And, to be sure, if Automobile says they have it on good authority that a new Bronco is coming, be extremely skeptical.) You’re likely to only wind up disappointed.