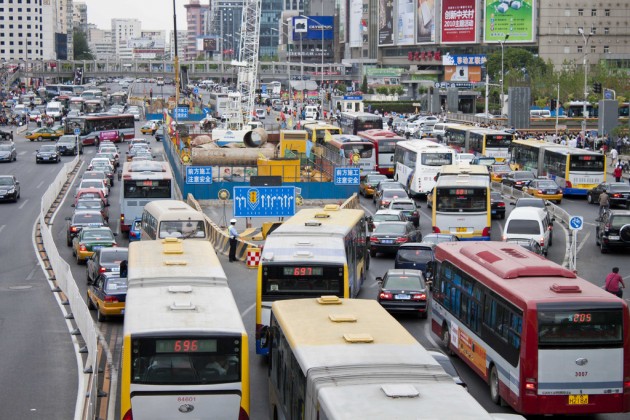 Air pollution in China is a very big problem. In Beijing, smog is a periodic occurrence. In January, the BBC reported that, according to the U.S. embassy, levels of the smallest and most dangerous airborne particles, PM2.5 particles, rose to almost 23 times the amount that the World Health Organization recommends as a maximum.

Although Chinese officials have given other explanations for the smog, such as people smoking bacon or farmers burning straw, last year Beijing’s government pledged to improve air quality.

So, in a bid to ease parking problems and improve air quality, the city of Beijing is considering a law that would make prospective car buyers prove that they had a parking space before they were allowed to purchase a vehicle.

This isn’t the first attempt to restrict car ownership – Beijing authorities have distributed license plates through a lottery system since 2011. However, the winning rate has been very low – only about 0.6% chance of success.

The new law is being met with both support and criticism. Aside from the cost of a parking space, some worry that it could become a source of corruption.

Cao Teng, a public-relations company executive, said that he would support the policy if it were executed effectively and efficiently. However, “at many occasions in China, where guanxi is very important,” he said, “such a policy will only lead to corruption.” Guanxi is the Chinese term for social connections.