No Superpowers Required: See Through Cars with BMW’s X-Ray Glasses 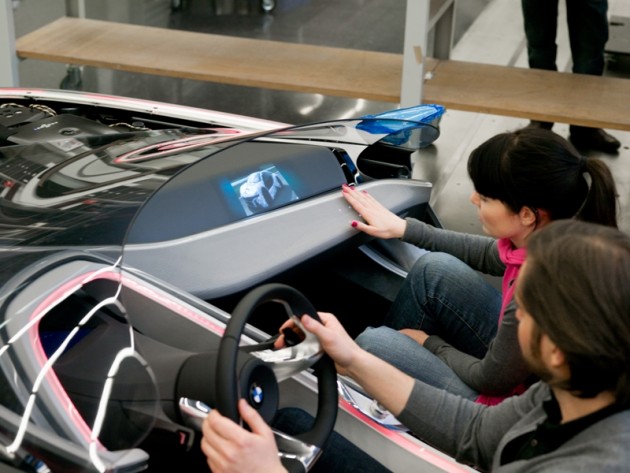 It seems like automakers are drawing their ideas for the latest technology directly from vintage science fiction novels. What’s next, x-ray goggles?

Actually, sources from inside one automaker report that’s happening too. European automaker BMW is developing eye-wear which will allow drivers to see through the brand’s vehicles.

BMW’s x-ray glasses work like a backup camera for when drivers are parallel parking. When the spectacle-wearer puts the vehicle in reverse gear and looks backward, cameras on the back of the vehicle project images of the surroundings onto the eye lenses, making the car “disappear.”

Reports on the eye-wear BMW is developing don’t include many details. It’s anticipated that the glasses will also show real-time information like vehicle speed. If BMW’s x-ray glasses display car-sharing information and public transport updates like expected, they could be worn outside the car as well.

The technology is being produced and tested in the automaker’s Silicon valley development center, which hopes to keep up with companies like Google and Apple with constant innovation. The see-through spectacles are only one step in a rapidly-developing staircase of augmented reality.

While the possibility of being able to see through a car sounds like it’s still far into the future, BMW is actually planning on demonstrating the technology at the Shanghai Motor Show in April. Who knew such hi-tech gadgets were practically at our fingertips already?