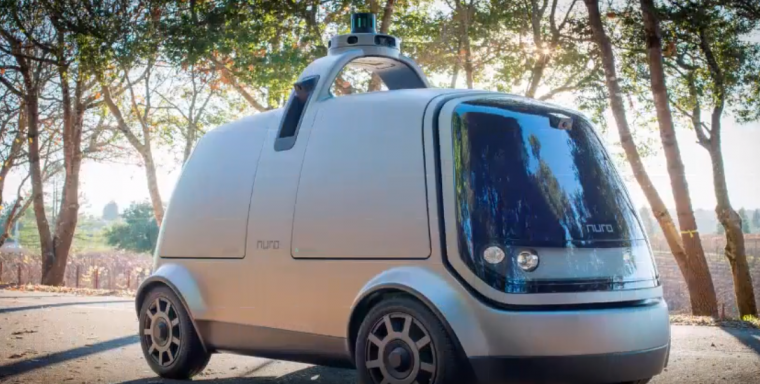 This startup was founded by two former Google senior engineers who collaborated on the driverless car project. As stated on their website, Nuro’s mission is to “accelerate the benefits of robotics for everyday life.” While other companies have been focusing on tweaking autonomous passenger cars for personal use and ride share platforms, this one is catering to the very specific niche of last mile delivery services.

Nuro’s co-founder, Dave Ferguson, expressed that delivery speed is being redefined, in the context of two-day shipping offered by Amazon, Walmart, and other major corporations. “Consumers used to be okay with two-week paid shipping. It became two-week free delivery, followed by one week, two days, and the same day. Now, same-day delivery isn’t fast enough for some customers.”

Upkeep Smarts: How to extend the life of your tires

The company is confident that their new prototype will help meet the growing demand for increasingly shorter delivery times. Like with other self-driving vehicles, this one will have to overcome legal obstacles to eventually be able to maneuver through traffic without a test driver on hand in case anything goes wrong.

Another potential hurdle is a public concern that Nuro’s car would replace delivery drivers. Ferguson sees this innovation as expanding career opportunities, rather than negating already-existing job openings. “We feel by creating this new technology that’s going to enable this last mile delivery, we’re going to be creating new markets and doing things that previously weren’t possible.”

Simplify Your Life: Finding new tires is easy with this handy tool