The methodology behind street address numbering 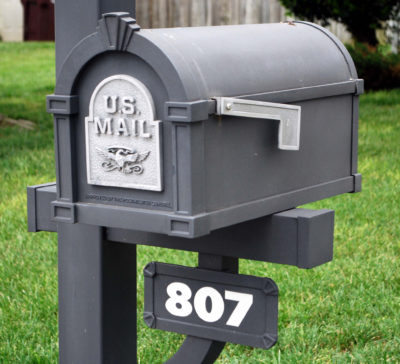 How are house address numbers chosen?
Photo: ms.ark via cc/Flickr

At some point, we’ve all pointed out how scattered and unsystematic house numbers are. Addresses don’t increase at steady increments; three houses in the same neighborhood can share the same number; numbers suddenly switch from decreasing to increasing midway down a road. Why aren’t houses on a street just numbered 1, 2, 3, 4?

It’s a complicated, confusing system that varies from area to area, but here are the basics of how house addresses are determined.

Bluetooth Integration: How your car can help you find addresses and make calls

When municipalities determine how to number addresses, they start by measuring the distance the property sits from an established zero point, or baseline (such as the city center). This central point gives the city or county a consistent location from which to measure and number all existing and future addresses. The individual numbers are then determined following methods such as:

The rules used by the civil planning engineers varies depending on population, street configurations, and other factors. For instance, rural areas use different measurements for numbering than metropolitan areas, and some of the numbers might even correspond to the route they’re located on.

Of course, this is a simplified explanation of some considerations behind assigning house numbers. The actual system will make your head spin.