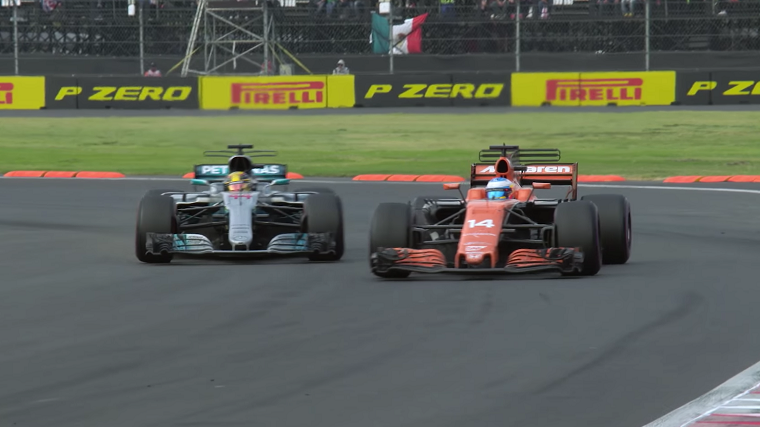 The official calendar for the 2018 Formula One season has been revealed, featuring 21 races and the return of the French Grand Prix and the German Grand Prix for the first time since 2008 and 2016, respectively.

The season will be tied for the longest in F1 history, though that record may fall in coming years, as new owners Liberty Media have already expressed their desire to pack the calendar with more events—even as the drivers and team members say 21 is too much and gives them too little time to spend away from the track.

The calendar is for the most part identical to the 2017 lineup, save for a few changes: the Chinese and Bahrain Grand Prix have been swapped around (once again, compared to the 2016 official and 2018 provisional calendars) while the Russian Grand Prix has been pushed back from the start of the season to near the end. The race in Baku, Azerbaijan, will take its place to make room for the sport’s first triple header in the middle of the season: three consecutive race weekends in France, Austria, and Britain, respectively.

Though it’s nice to see the historic German Grand Prix return after difficult finances kept if off the calendar in 2017, it’s disappointing to see the drivers will no longer race in Malaysia for the first time since 1999, as the Sepang International Circuit had always produced excellent races. 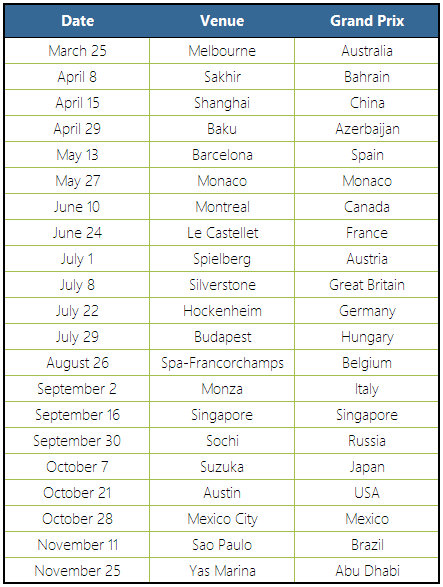 Formula One teams will participate in two four-day pre-season tests as well as two two-day in-season tests throughout the year. There is typically a final post-season test in Abu Dhabi as well, though this has not yet been confirmed.

The teams will be required to give running time to young drivers, as was the case this year, one of the rare times they can get the running required to obtain a Super License.