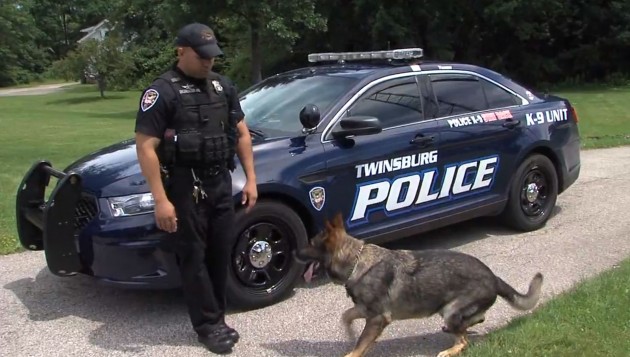 Near the end of last month, I sounded off against the injustice of the law when Corporal Josh Coleman of the Gulf Shores Police Department was not charged with anything after killing three-year-old police dog, Mason, by leaving him locked inside a hot police car. I am much happier to report today that here in my home state of Ohio, a police department in a little town called Twinsburg has its own “No K9 Left Behind” program installed in its K9 unit vehicle to keep its police dog, Yasso, safe from the heat. 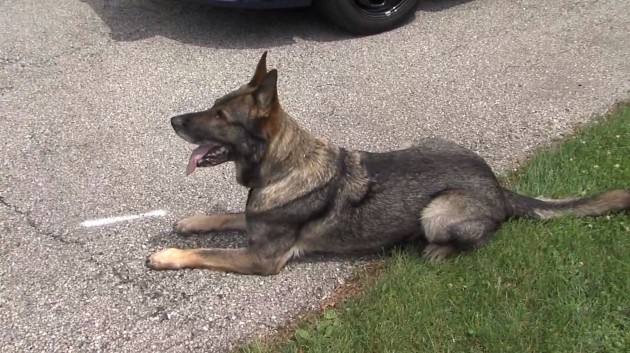 The Twinsburg Police Department has long been working to keep police dogs cool in hot weather; detection units have been built into each patrol car that carries a police K9 since 1996. But the latest addition to one of the patrol vehicles is an AceK9, Hot-N-Pop unit programmed with “No K9 Left Behind” for ultimate protection.

What does this entail? It starts off with sensors that constantly scan the temperature and send readings to officers, including Yamil Encarnacion, who works with the German-born Yasso. In addition, should the car’s air conditioning fail, the system will automatically roll down the car’s windows and turn on a fan. And when this happens, Encarnacion and other officers are notified instantly via a remote, no matter how far away they are from the car. Using this remote, the officers can then open the door to remove the dog, and the car will shut down completely once the dog is out. 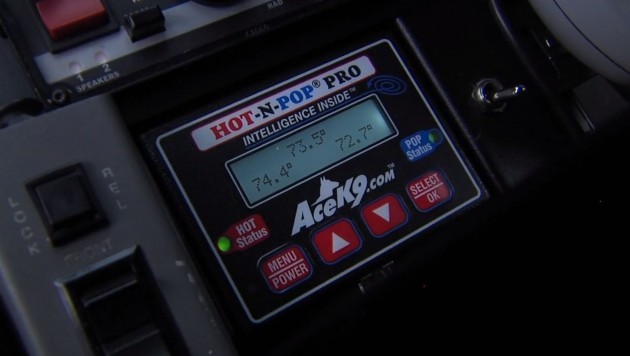 The “No K9 Left Behind” program on the AceK9, Hot-N-Pop system sends constant temperature readings to officers

It sounds like a pretty nifty system to ensure the survival of the dedicated police dogs in Twinsburg. And, the best part, it was paid for with cash that Encarnacion obtained during a drug bust that Yasso led; the courts gave the money back to the department following the trial to update the Ford for Yasso’s protection. 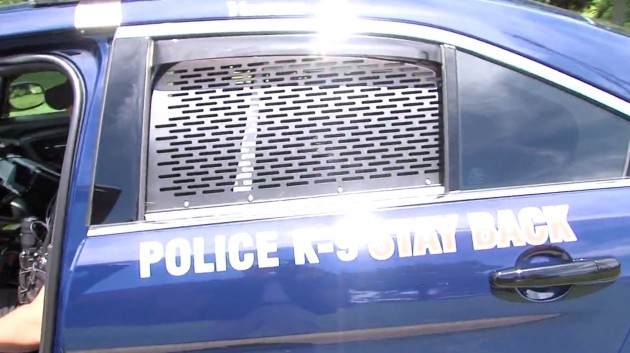 The windows will roll down when the AC shuts off, and the officers can immediately open the door via a remote

It’s unfortunate that such a system was not in place for Mason, but it’s reassuring to know that, as technology advances, we are not leaving our four-legged friends behind.