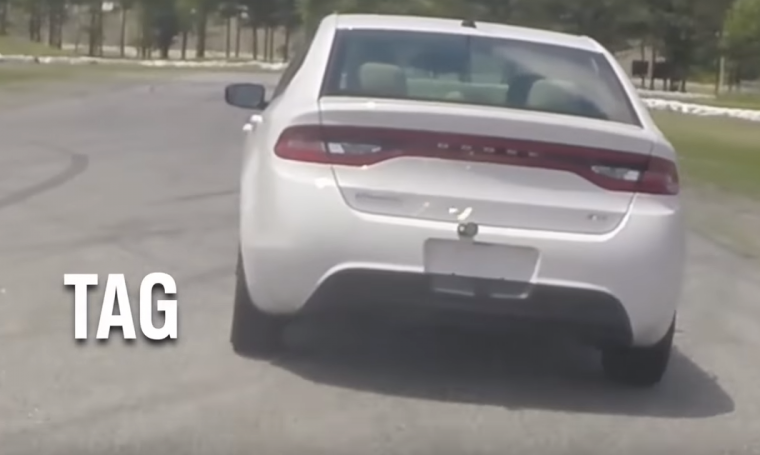 Sometimes, I think that the world would be a lot more interesting if we could all use James-Bond-style hidden gadgets, like phones hidden in tissue boxes and such.

Now, it seems that police in Lucas County, Ohio, are living in interesting times, because they have outfitted their cruisers with a device straight out of a secret agent car chase. This particular device is made by a company called StarChase, and is literally a GPS tracking dart. The darts are housed in a little box on the cruiser’s front grille, from which they can be remotely fired to stick to a fleeing car so police can follow from a distance.

The darts are marketed as a safer alternative to the traditional car chase, because when suspects can see the pursuing police cruisers, they tend to drive recklessly and quickly, putting themselves, the officers, and other drivers at risk. Alternatively, the darts let police fall back, let the suspects drive more safely, and let officers come up with a trap.

The Lucas County police used the system for the first time on Monday, the 25th, in what Lucas County Sheriff’s Office Captain Matt Lettke calleda “perfect case scenario.” When they were used, a deputy caught a man dumpster diving and asked him to leave, at which point the man decided instead to draw a gun on the deputy, jump in his car, and hit the gas. The deputy was able to shoot one of the darts onto the fleeing car (I like to imagine him saying “pew pew!” while doing so), and the police were able to use stop sticks down the line to intercept the car.

Of course, this system could raise hackles over the possibility of Fourth Amendment violations, but according to an analyst with the ACLU, it will be just fine so long as it isn’t misused.

To see it in some variety of action, here’s StarChase’s promotional video for the system.