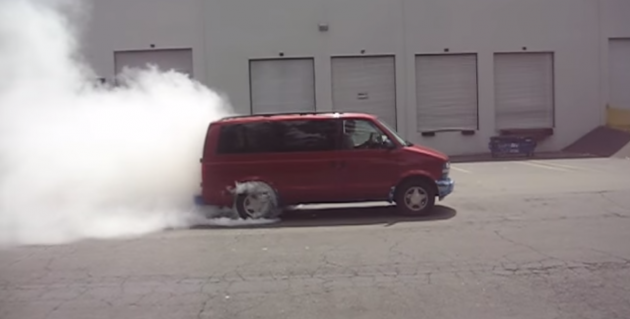 Usually when smoke pours out of an old van, it means that the vehicle’s meth lab has caught fire or that it’s starring in a Cheech and Chong film—and on some rare occasions, the smoking gun van in question is guilty of both crimes.

The point is, vans aren’t exactly muscle cars, so any smoke that pours out of them is typically the byproduct of illegal drugs. But that’s surprisingly not the case in this video, which features an old Chevy Astro van pulling off one epic burnout:

Apparently, the Astro is cooler than we’ve ever realized—here’s a 1988 model with a 355-inch V8 engine accomplishing the same feat:

It may not quite be “track-ready” in terms of performance power, but it seems that the Astro is not a van you should underestimate.