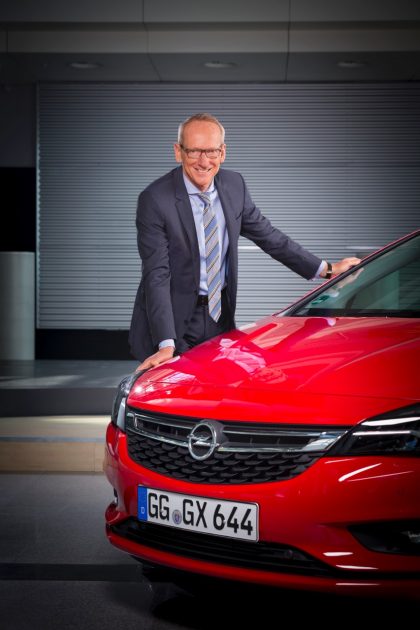 Opel is taking home a pair of 2016 AUTOBEST Awards after a panel of independent journalists from 31 different European countries voted the recently-revealed Opel Ampera-e the ECOBEST 2016 and determined that the Rüsselsheim-based brand was its choice for COMPANYBEST 2016.

Praise for the Ampera-e included the conclusion that Opel has discovered “the right answer for shaping the future of electro-mobility in Europe,” and Opel CEO Karl-Thomas Neumann earned specific praise for leading the brand’s turnaround during his tenure. The Opel Ampera-e was revealed to have an electric range of more than 500 kilometers, making it capable of covering approximately 100 km more than its closest competitor on a single charge.

“We are very proud to receive these prestigious awards,” said Dr. Neumann. “It shows that our models but also we as a company and the brand can convince people. So far, we have grown on 18 markets this year—that is only possible if you have a good team and the right products. The success of our bestseller, the Astra, and the groundbreaking technology of the new Opel Ampera-e are only two examples of our comprehensive model offensive.”

Opel is no stranger to success at the AUTOBEST Awards. In 2015, Opel’s IntelliLux LED matrix light technology won the SAFETYBEST award, while the Opel Corsa was named Best Buy Car of Europe for 2015. Why that award is not one compound word in all capital letters—like, perhaps BESTBUYBESTEUROCARBEST 2015, for example—is beyond me. The Corsa also won the Best Buy Car of Europe award in 2007, making it the only vehicle to ever win the same award in two consecutive generations.