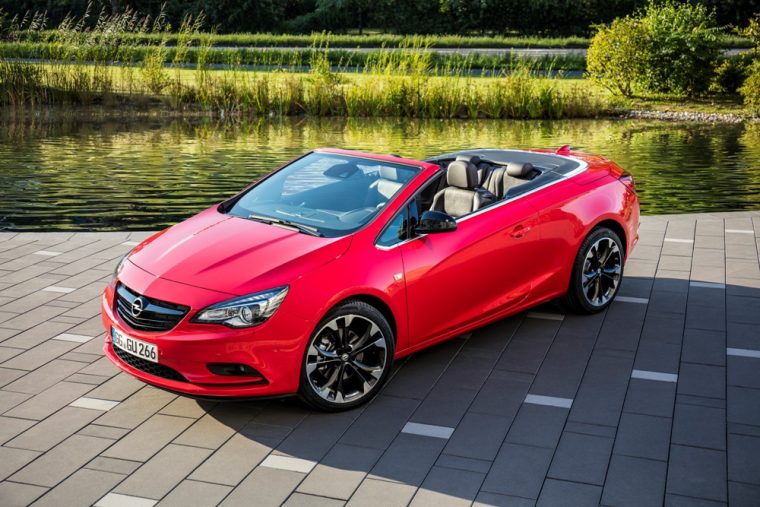 Last month, General Motors announced that a new Sport Touring trim would become available for the Buick Cascada convertible. Perhaps not to be outdone, Opel has just made it known that it too will be offering a new special-edition Cascada, which will make its public debut at the Paris Motor Show.

Manual or Automatic? Find out why manuals aren’t as popular as some people might think

This special-edition convertible has officially been dubbed the Opel Cascada Supreme and it will come with a number of unique design alterations, rather than wholesale mechanical changes to areas such as the powertrain or suspension. The most noteworthy of these design changes might be the new “Pull Me Over Red” exterior color option. That eye-catching color is further complimented by a black grille, 20-inch alloy wheels, and black mirror casings.

Other unique elements of this vehicle include its body-colored crossbar of the Opel logo and fog-lamp housing. In addition, the interior will feature distinctive red stitching on the steering wheel, gearshift lever, doors, dashboard, and center console. For even more extravagance, the Opel Cascada Supreme will be offered with a sporty three-spoke steering wheel, as well as heated seats in “Siena” leather.

If you’re not partial to the “Pull Me Over Red” paint job, the special-edition convertible is also available in two other hues, which are “Summit White” and “Black Meet Kettle.” In addition, the Opel Cacada Supreme is expected to receive its motivation from a 1.6-liter turbocharged four-cylinder engine good for between 170 and 200 horsepower.

While photos of the convertible have already been released online, the Opel Cascada Supreme will make its official public debut at the upcoming Paris Motor Show. Other notable cars that will be premiering in Paris include the new Mercedes-AMG GT C Roadster, Panamera 4 E-Hybrid, and Honda Civic Hatch.

Dare To Compare: See how well the Opel Cascada stacks up against the Buick Cascada convertible