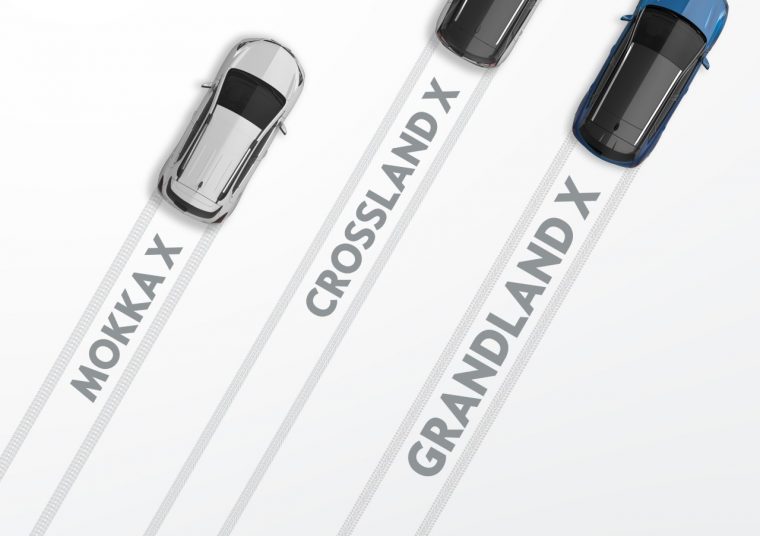 Because ten days is apparently just the right amount of time to let anticipation build, Opel announced the name of the heretofore-unnamed sporty C-segment crossover: the Grandland X.

One of the models included in Opel’s  “7 in 17” new model offensive, the Grandland X will act as “something like the big brother of the Opel Crossland X.” Announced earlier this month, the Crossland X is Opel’s latest B-segment offering and is set to join the new MOKKA X crossover sometime during the first half of 2017. While Opel was not terribly forthcoming with details, it did note that the Grandland X “perfectly matches the active lifestyle of today with its irresistible off road appeal, raised seating position, good all-round visibility, easy ingress/egress, and plenty of space for luggage.”

“The name Opel Grandland X stands for an adventurous type always prepared to explore something new—in both an urban or rural environment. Our new crossover model looks fantastic and will help excite new customers for the Opel brand,” said Opel CMO Tina Müller.

Opel notes that the share of CUVs and SUVs in Europe has nearly tripled over the course of a decade, leading to the decision to add two new crossovers to its lineup. Opel’s latest utility vehicle, the MOKKA X, went on sale earlier this year and has already racked up an impressive number of orders.

Opel has announced its intentions to release 29 new models between 2016 and 2020. In addition to the Crossland X and Grandland X, new models set to be released by Opel in 2017 include the new Vivaro, Insigna, Insignia Grand Sport, Insignia Sports Tourer, and Ampera-e EV.