Opel Sale to Be Finalized Ahead of Schedule By July 31 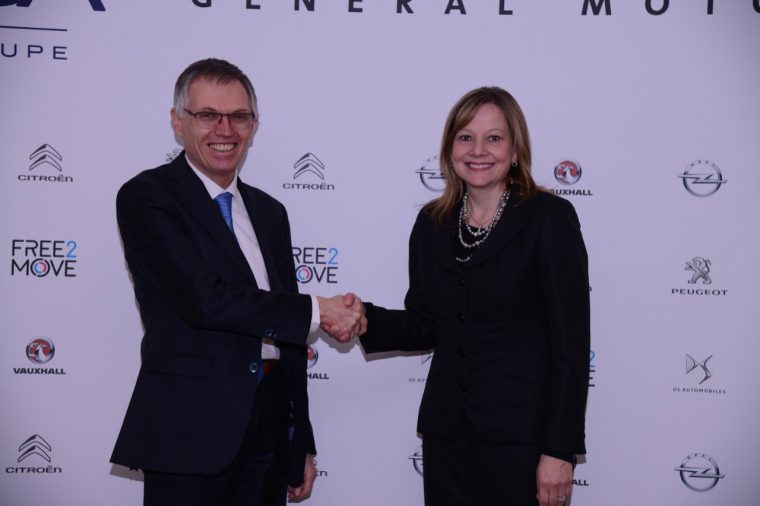 Carlos Tavares, chairman of the Managing Board of PSA, and Mary Barra, General Motors CEO

The sale of Opel from General Motors to PSA Group may be finalized quite earlier than originally anticipated, per a report on Thursday from Reuters.

A statement from Opel this week indicated that final approving and closing of the €2.2 billion ($2.3 USD) deal originally agreed upon in March could come by the end of July. This would be well ahead of schedule from the previously-anticipated end-of-2017 timetable.

Opel’s statement on the matter: “We confirm that the closing is expected to take place in the second half of 2017 as planned, and that the date of 31 July constitutes a first assumption for the earliest possible date, subject to the decision of the competition authorities.”

A source with the trade union told Reuters that the process of closing being sped up may be the result of General Motors signing contracts last week that obligate them to protect factory jobs. Per that source, the agreements give Opel Automobile GmbH workers co-determination rights and guarantee that the automaker has enough funding for pension liabilities. It was also noted that GM projects have been guaranteed for a three-year period.

The Opel Corsa F is expected to become the first new vehicle built on a PSA platform, with Autobild.de adding that it may also very well become the first to employ a PSA engine. The anticipated launch would be sometime next year, which is a more optimistic projection than what had been suggested immediately following the sale and Allgemeine Zeitung Mainz’s suggestion of a 2019 launch.