Californians, this could be you!

Do you live in California? If you do, and you’re lucky enough to reside close to the limited hydrogen refueling stations, you could be on your way to being the owner of a brand new 2016 Toyota Mirai. All you need to do is go here and fill out a questionnaire, and then wait by the phone for someone from Toyota to call you. Oh, and then pay money for the car and stuff, but that’s not important right now. 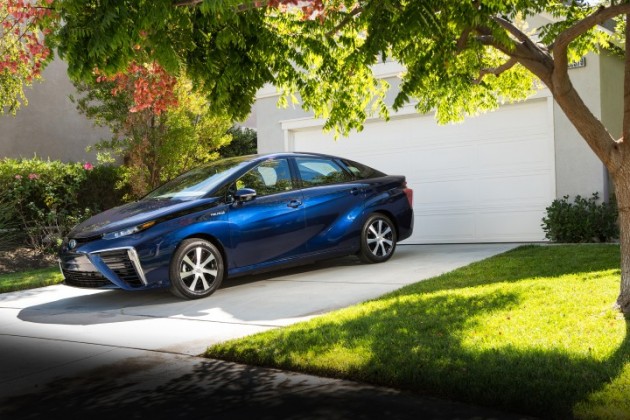 Those lucky individuals who are deemed worthy of Mirai ownership will be among the first in the world to own vehicles powered by hydrogen fuel cells. The Mirai, which is already on sale in Japan, gets an EPA-estimated 67 MPGe city/highway/combined, and has a range of 312 miles. Here in the US, the vehicle is only available initially in California, due to a limited refueling network. But various automakers are working together to help build more refueling stations in the hopes that eventually, drivers across the country will have access to such vehicles.

In total, the Mirai will be available at eight California Toyota dealerships. The automaker will select a few new owners to partake in the Mirai Trailblazer support program, which is supposed to “enhance the purchase and ownership experience.” The program will be available in three forms: Trailblazer APR Support (offering 0% for 60 months + $7,500), Trailblazer Purchase Support ($7,500), or Trailblazer Lease ($499 per month for 36 months with $3,649 due at signing). In addition, all owners will receive three years’ worth of complimentary fuel, three years Safety Connect and Entune (including hydrogen filler station app), and three years of 24/7 customer call support.

Since we’re based in Ohio, we won’t be able to test out a Mirai for ourselves, but we’d like to hear from anyone who does!