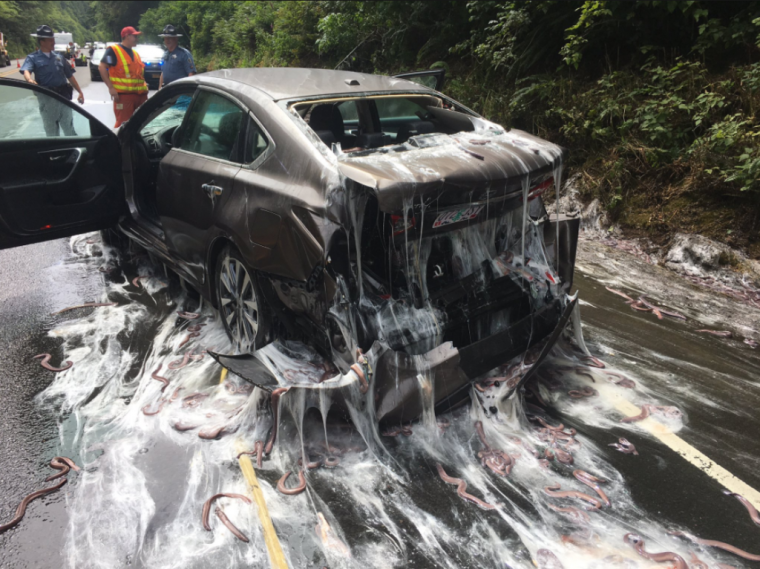 Sometimes, a car crash is just two vehicles running into each other. Some plastic is shattered, some glass breaks, some airbags go off, and people have a story to tell about that jerk that cut them off and slammed on the brakes (hopefully with no injuries). However, stories like that aren’t that uncommon.

It’s Getting Unusual In Here: Just check out the hydrogen-powered Army Truck

Around noon on Thursday, the Oregon Department of Transportation was doing some road work with one side of the highway closed, when a truck hauling a bunch of containers didn’t see them early enough, slammed on the brakes, and accidentally dumped his cargo onto the open lane.

That cargo was 7,500 pounds of prime, wriggling hagfish. These are otherwise known as slime eels. 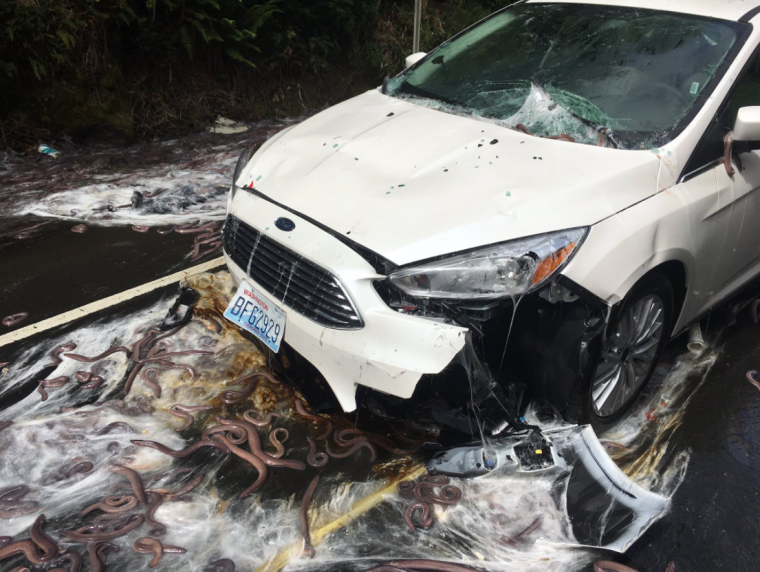 Hagfish got their “slime eel” nickname from their defense mechanism, which is so prominently displayed in the above pictures: when threatened, they release stringy proteins into the water around them, turning it into a thick slime. Here’s Grand Tour host Richard Hammond splashing around in a tank full of the stuff.

If the threat had been a hungry fish, it would have gagged as the slime filled its mouth, letting the hagfish either slip away or simply be spit back out.

Instead, through, it led to some of the nastiest cleanup photos and videos I have ever seen.

Want to Get Off the Road? You need the Chevy Colorado ZR2

In the interest of accuracy, though, in a couple of places the hagfish are just referred to as “eels,” and they aren’t—they just kind of look that way. They are actually a member of a small class of species called Agnatha, or jawless fish.

These particular hagfish are a coastal species, bound for shipping to South Korea, where hagfish is commonly eaten and considered a sex-oriented male “stamina food.”