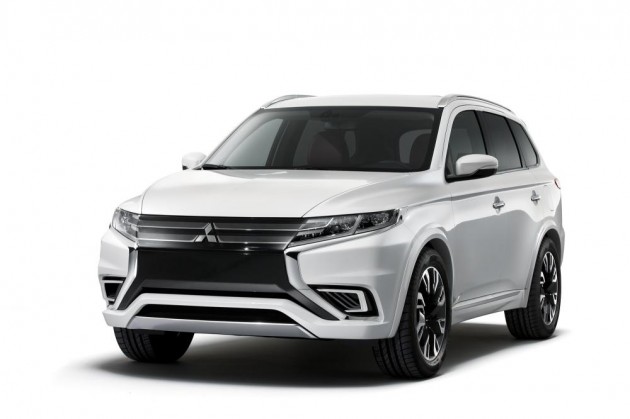 As the Mitsubishi Outlander PHEV continues to make a killing in Europe and Japan, we have no choice here in the states but to sit back, twiddle our thumbs, and wait for our eventual day in the sun. In the meantime, Mitsubishi rolled out its Outlander PHEV Concept-S at the 2014 Paris Motor Show, and if the inevitable result of our wait is getting an Outlander PHEV that more closely resembles the concept, then it may have all been worth it.

The Outlander PHEV Concept-S isn’t a complete overhaul by any means, but it has just enough stylistic touches to make it stand apart from the production model by a country mile.

Mitsubishi used the “Sporty and Sophisticated” design theme to craft the Concept-S, using chrome accent moldings in the front and rear to suggest a “protective theme,” creating a front fascia that looks much more modern than that of the Outlander PHEV, and giving the rear an aggressive and streamlined look with angular combination taillamps and a sportier rear hatch spoiler. 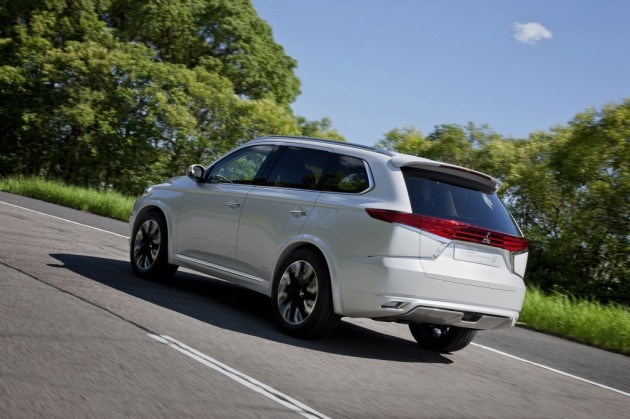 The interior of the Mitsubishi Outlander Concept-S uses black woodgrain trim with silver accents and hand-stitched burgundy leather seating to create a deeper sense of luxury. 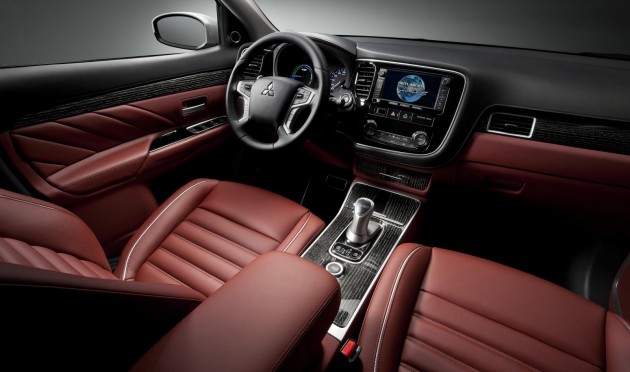 At the heart of the Outlander Concept-S, of course, is the Twin Motor 4WD and PHEV system, which returns fuel economy estimated around 123 mpg. Yikes.

The Concept-S is every bit as lovely as it is efficient, and we would feel far less inclined to complain about our long wait for the Outlander PHEV in the States if the one we get looks quite a bit more like this handsome concept. Heck, if they really want to hook us, they could make the Outlander PHEV the EVO SUV that is reportedly in the works. 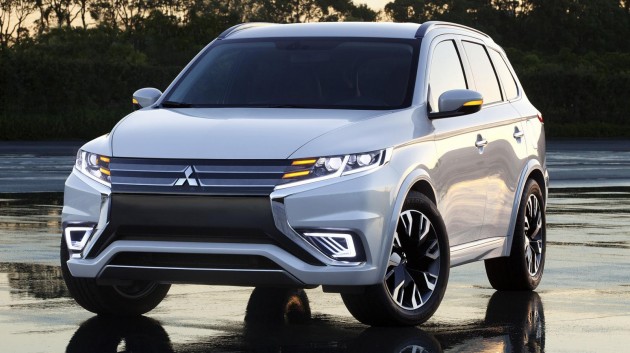 We’d be okay with this