Over 100 People Dead, Thousands of Vehicles Lost in Tianjin Explosion 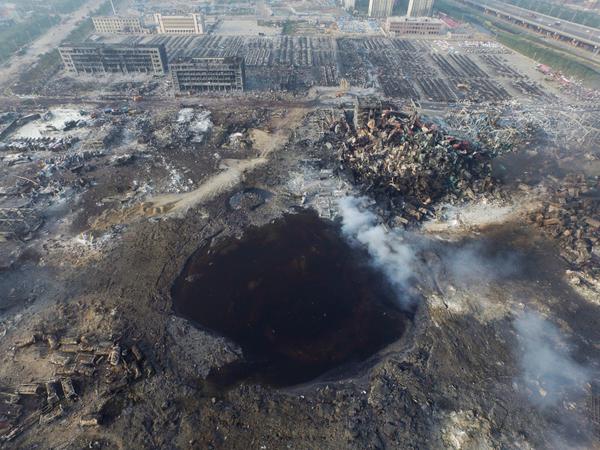 The explosion in Tianjin, China, devastated the city, killing over 100 people and injuring over 700 more
Photo: Twitter

Just last week, a massive explosion in the Chinese port city of Tianjin took the lives over 100 people and injured more than 700. During the early hours of Thursday morning, a Tianjin warehouse exploded for an unknown reason. All the public knows is that the warehouse housed several hundred tons of sodium cyanide, an extremely toxic chemical that is also illegal, along with a number of other hazardous materials.

Besides the irreparable human damage that will hopefully force the Chinese government to be more vigilant with its regulations, the explosions also caused the destruction of buildings, roadways, and some significant losses to carmakers.

Because Tianjin is one of China’s main entry point for imported cars, thousands of vehicles from a variety of carmakers were destroyed by the explosion. The Chinese media says nearly 2,750 vehicles were Volkswagens, while Mitsubishi and Hyundai were also hit hard by the damage.

There is no way for the carmakers to confirm the damage officially, seeing as the area surrounding the blast is closed off. Mitsubishi Motors recently stated it will be adjusting the allocation of imported cars, reducing the impact the explosion has had on customers outside of the blast zone.

The explosion has devastated the city, which is home to more than 15 million people and is located 75 miles away from Beijing.