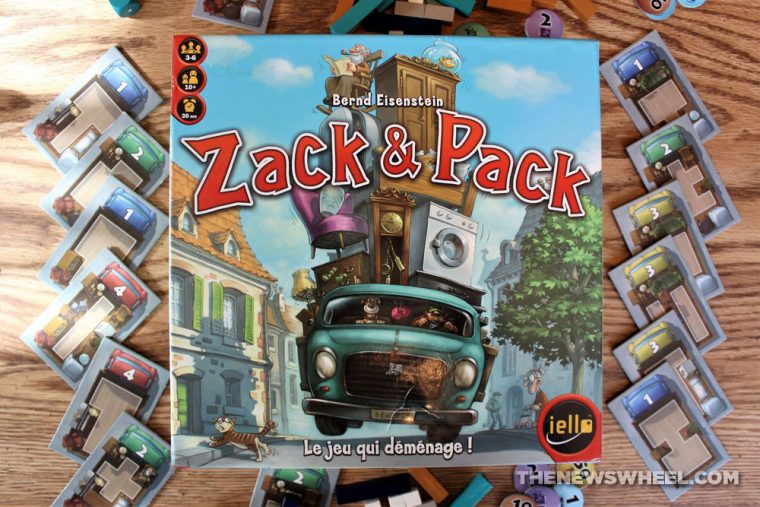 Have you ever likened packing up furniture in a U-Haul to playing a full-size game of Tetris? That’s what this game is all about!

Practice your loading skills in Pack & Stack, originally published in Europe as Zack & Pack. You own a moving company and are competing against other moving companies to quickly reserve the best truck for your unique combination of cargo. It’s all about quick estimations, quicker reflexes, and precise visualization.

Here’s how the game works and why you should play it with your family.

Pack and Stack:
A fast, frantic game of furniture-organizing Tetris

Entertainment on the Go: 3 great audio books for your next road trip 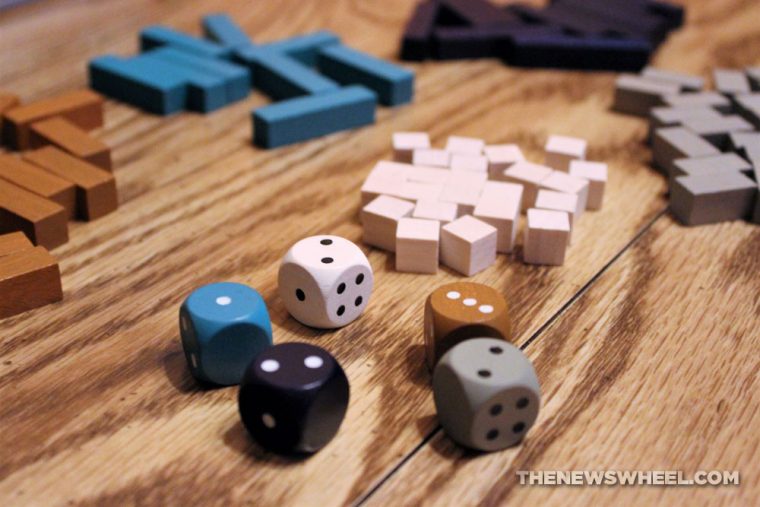 How to Play Pack & Stack

Each player begins with 75 points. At the start of every round, each player rolls all the dice to determine what their “cargo” for the trip will be (signified by corresponding colored rectangle blocks). So, rolling a 2 on the brown die earns the person two brown blocks.

Then, all players draw 1 or 2 truck tiles (depending on the number of players) from the stack. Simultaneously, everyone flips over their tiles and grabs a tile from in front of another player to use to transport their cargo. The last player to grab a tile must blindly draw one from the top of the stack instead of the one they grabbed. 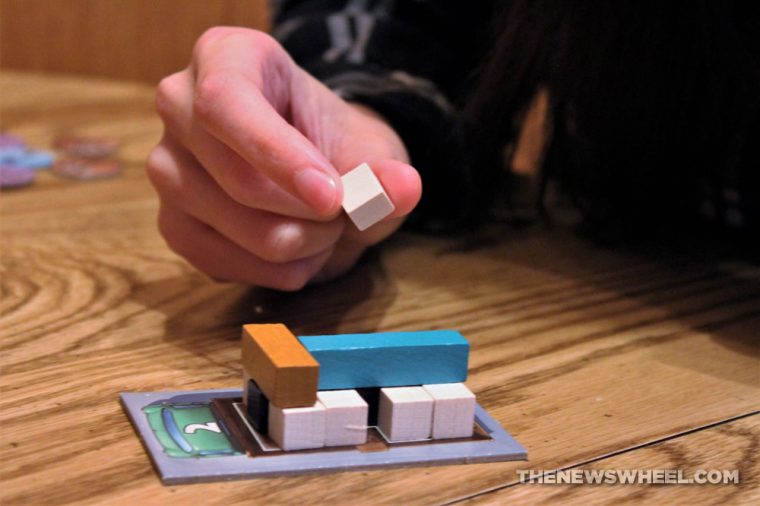 Everyone must now do their best to fit as much of their cargo into their chosen truck as possible. The number on the trunk of the truck denotes how many levels high the blocks can be stacked.

Players lose points from their ongoing total for each block that can’t fit and any excess, unoccupied spaces in the truck. The player who lost the fewest points earns a bonus payout.

Once one player empties their entire pile of points, the game ends. The player with the most points left wins. 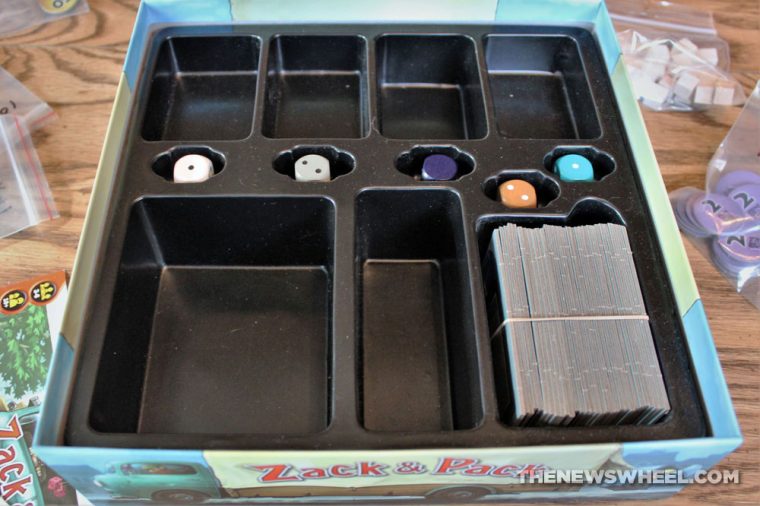 Pack & Stack is a very tactile, kinetic game, so it’s crucial that the components are durable and easy-to-spot. The publisher follows through on this requirement, packing the box with high-quality components that are neither too small nor too large.

The dice color that match the wooden blocks is a clever idea, and those cool-toned colors have a playful visual appeal that isn’t garish or childish.

The box isn’t too big or small and looks great on a shelf. There’s a great insert itself, but you’re best off bagging the many small components so they don’t fall out.

Bang for Your Buck: Tips for finding the best used car 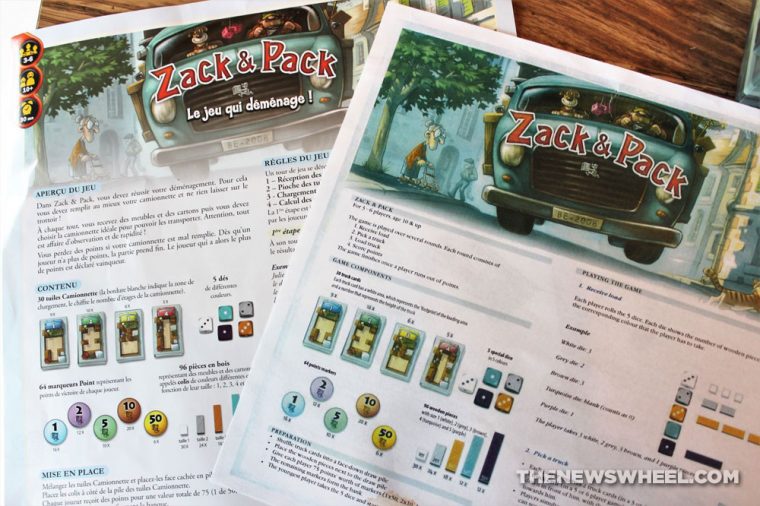 The Pack & Stack directions fit on one double-sided page and consist of straightforward, step-by-step directions, visual aides, and example scenarios. There isn’t any confusing wording in the rules that impedes understanding the rules. This is a physical game more than intellectual, so the easiest way to teach a group is to walk through a practice round.

I have an international version of the game because it was easier to find, but the English rules are online and the game itself is language-independent, so you’re not restricted to buying an American copy. 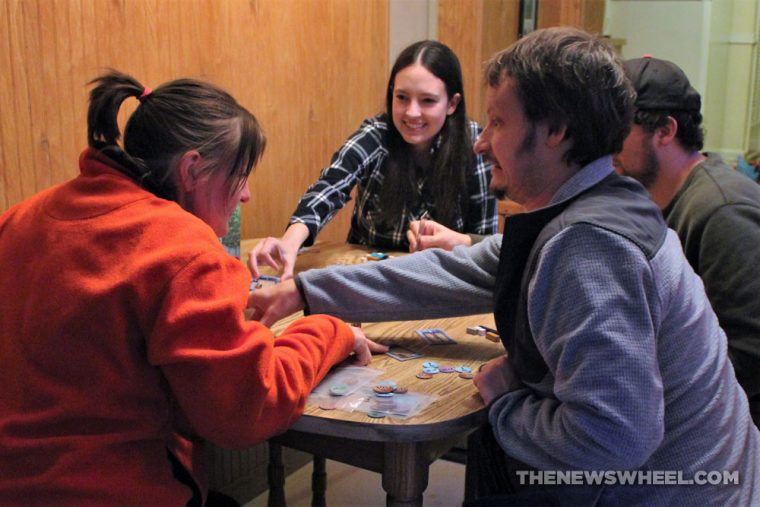 Pack & Stack strikes a great balance between being a puzzle challenge and a speed card game. The moving truck theme is a fantastic way to make the puzzle challenge feel less abstract — and it’s a fresh addition to the limited pool of automotive-themed games on the market.

Playing the game is fast-paced and high-energy, usually lasting 3-5 rounds so it doesn’t overstay its welcome. There’s a chance that if everyone is equally skilled at the game, it could last longer, since everyone could keep refilling their lost points by winning rounds.

Luckily, Pack & Stack has plenty of fail-safes to mitigate that, like 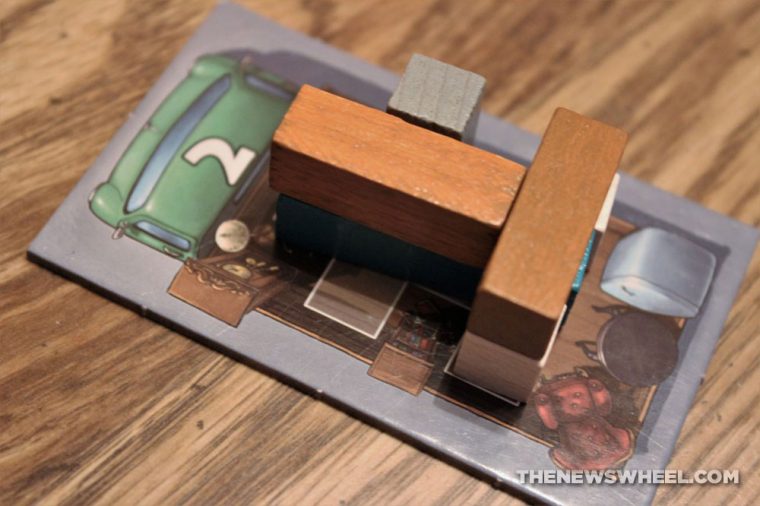 I love the variance of the truck tiles with the stacking levels and the limitations of pre-existing obstacles. It makes it very important that you pick the right truck and not get stuck drawing blindly. Because of that, Pack & Stack plays better the more people are participating.

Pack & Stack is a delightful game for people who like puzzle games like Obongo that are simple, light, and frantic. For people who aren’t good at visual puzzles or lack quick reflexes or analysis, Pack & Stack will be frustrating — but it’s a short enough game that you could convince anyone to try it.

Pack & Stack is out of print, but you can find copies of it online through second-hand retailers.