Paris Is Building A Highway for Only Bicyclists 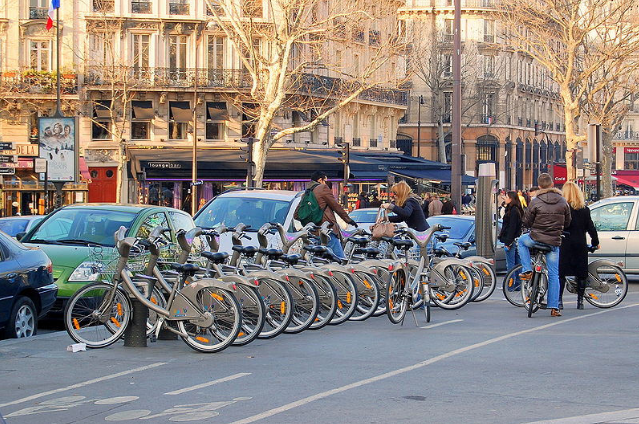 Soon, there will be a bike-only highway in Paris
Photo: Flickr

Paris is pulling a move that will make even Amsterdam jealous. The French capital is building a highway that is meant entirely for bicyclists—and bicyclists alone.

The highway will stretch across 28 miles of open road and is currently being worked on. In fact, 0.5 miles of the highway has already been completed, allowing the city to hope that it will be entirely ready for non-motorized bikes in 2020

This initiative came to fruition last year when the government voted—unanimously—to dedicate $164.5 million towards improving the conditions of biking within the City of Lights. Along with this stretch of bike-only highway, the city will also add two-way bike lanes on one-way streets, a number of bike stands, and a rule that says bicyclists can now turn without waiting for green lights at intersections—but they should do so at their own risk.

Many cyclists are excited about this change. Charles Maguin, co-founder of the biking association named Paris en Selle, is quoted by Digital Trends as saying, “I hope that biking gets to be considered as a viable alternative means to get around the city, and not just a project run by green parties for the Parisian hipster.”

As Paris continues to create more and more regulations against the use of cars in the city center, it wouldn’t come as a surprise if more people look to bikes as a mode of transportation. Already, the city has banned vehicles within certain areas at certain times to help prevent pollution and plans on doing so monthly. It is also putting a ban in place that will hinder specific model years from being out on the road during the week.

It will be interesting to see how this highway made specifically for bikes will affect the amount of car traffic within Paris borders.