Hello, Internet. Perhaps you’ve heard the name Pat Robertson before. If you haven’t, I am envious that you have lived a life in which you have been blissfully insulated against the very existence of this sentient, human-sized malignant growth. He’s a former Southern Baptist minister, current Chancellor of Regent University, and the Chairman of everyone’s favorite primetime television destination—the Christian Broadcasting Network. That’s a pretty good resume for a guy who seems completely incapable of stopping his mouth from saying utterly ridiculous things on a consistent basis.

But First, a Tour of All Things Pat Robertson

Let’s take a look at some of Pat Robertson’s Greatest Hits. They’ll be out on vinyl later this summer, but you better act fast: it’s probably only a matter of time before he perceives the vinyl pressing process as one that will surely subject you to an eternity of hellfire.

So, in short, Pat Robertson is racist, homophobic, intolerant, and pretty much ass-backwards in about every way imaginable. Yet, he has a sizeable flock of followers and has a net worth anywhere between $100 million and $1 billion dollars. I wonder how much of that money actually goes to Christ-like deeds such as feeding the hungry, sheltering the homeless, and finding a cure for life-altering diseases.

Oh, but he did once buy a thoroughbred horse for $520,000, which he selflessly named Mr. Pat. That’s kind of like helping people, right?

People like Pat Robertson, and the fact that people actually believe the stupidity that comes out of his endlessly flapping maw, could pretty well encapsulate the case of a big portion of everything that is wrong with the United States.

You don’t see Neil DeGrasse Tyson saying ridiculous stuff like Robertson does, but that didn’t stop a Fox station in Oklahoma from cutting a segment from Sunday’s premiere episode of Cosmos for having the temerity to mention—gasp—EVOLUTION! These are perhaps the benefits of being a long-tenured idiot. Eventually, people just kind of start treating you like their old racist grandpa and using your own incompetence as the excuse that prevents you from ever being held responsible for anything you say. “Aw, he can’t help what he says, he’s set in his ways and he just don’t know no better.” Then again, your old racist grandpa doesn’t run a mini-empire then, does he?

Okay, So What Did He Do This Time? Something Dumb, Right? 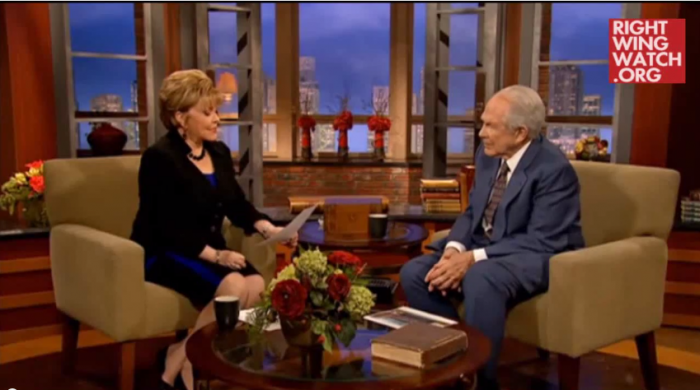 There’s a whole kiloton of stupid getting ready to happen, innithere?

But I digress. You might be asking what this human paraquat said this time and why I’m writing about it on The News Wheel. Well, here ya go.

In a segment on Right Wing Watch (HA!), a woman by the name of Michelle was transported from the 15th century into the current year, where she quickly learned how to handle witchcraft technology and send in an email:

“I was watching a horror movie the other day on the recommendation of others. It was rather strange and awfully macabre. And then this past Sunday, I got into an accident leaving church. Did watching a creepy movie cause a curse—or the Lord’s protection to be lifted from me? Did I grieve the Holy Spirit by watching this series?” 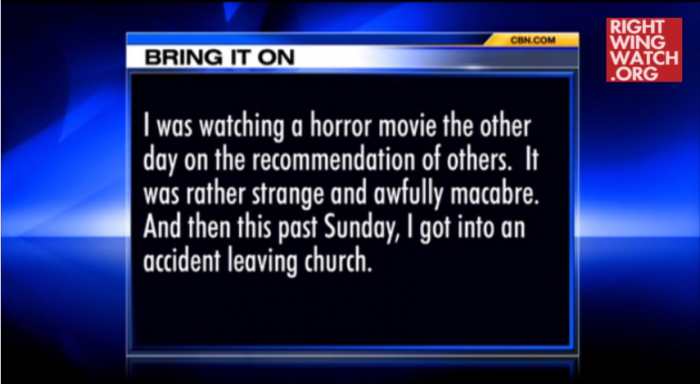 Because nothing screams “intelligent viewership” quite like RIGHT WING NEWS

I can only reasonably assume that Michelle made the unfortunate mistake of watching one of the Saw movies, which are frankly bad enough in their own right to so confound you that you might forget to check your blind spot or not look in every direction at a four-way stop because you are still trying to figure out who the hell greenlit those scripts. If you believe that you are protected by some kind of deity, that’s well and good (though I suspect you’re going to be sorely disappointed whenever bad things happen, which they always do), but I seriously doubt that he or she would be so offended by your choice to watch the Evil Dead remake that they make sure you crash your car the next time you leave mass. That would just kind of make God a dick, wouldn’t it? 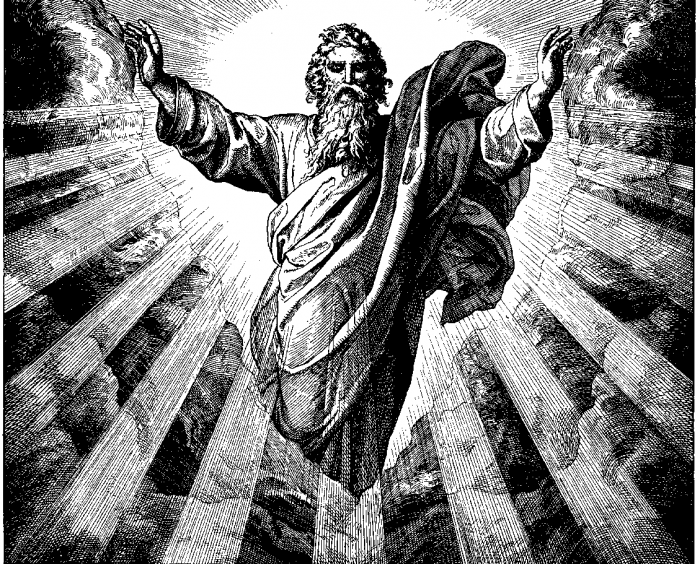 “WHY YOU MAKE ME DO THIS TO YOU, MICHELLE? HUH? I TOLD YOU THE PURGE WAS TERRIBLE! BUT YOU DIDN’T LISTEN!”

So, Pat Robertson, being in an inexplicable position of influence, had every opportunity here to say something to the effect of: “No, that’s ridiculous, Michelle. People don’t get into car accidents because of the movies they watch. I’m pretty sure that God, in all of his might, has a bit more on his plate these days then to worry about the kind of movie you watch, let alone to then punish you in some way for your indiscretion. Heck, I imagine if you were watching Texas Chainsaw 3D, having to sit through that mess was probably punishment enough.” 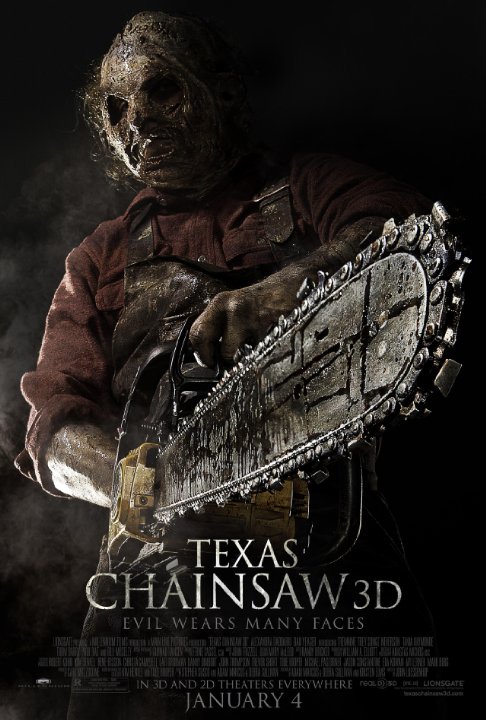 “Say two Hail Tobe Hoopers and tell Lionsgate to get outta here with this mess.”

But then, this is Pat Robertson we’re talking about. So he said this:

“A few years ago, I heard about a teenage girl who was demon-possessed. And people began to deal with the demon and try to cast it out, and you know what the demon said? ‘I had permission.’ And the permission was granted when this child had gone to some…double-X rated movie or whatever it was and had allowed this thing to come into her. I know this sounds kind of other-worldly, but that’s the way it is. So, could it have happened to you? Yes. I don’t think it did, but it could have. But this thing may be living around you, so what you need to do again is speak it, command this thing to leave, and ask God to forgive you. I know that’s weird, but these things can happen, and, uh, I think some of these producers…who knows what influences are into them, but some of these movies are, you said ‘macabre,’ it’s a good word for it.”

So, basically, when tasked with giving solace to a woman who has an irrational fear that the media she consumes is trying to kill her, Pat Robertson chose not to dismiss it completely as nonsense, but rather indicated that she should be afraid because it’s possible.

Pat Robertson essentially told this woman that her home is now possibly the subject of yet another Paranormal Activity film, and that his grounds for belief stem from the case of one Regan MacNeil. 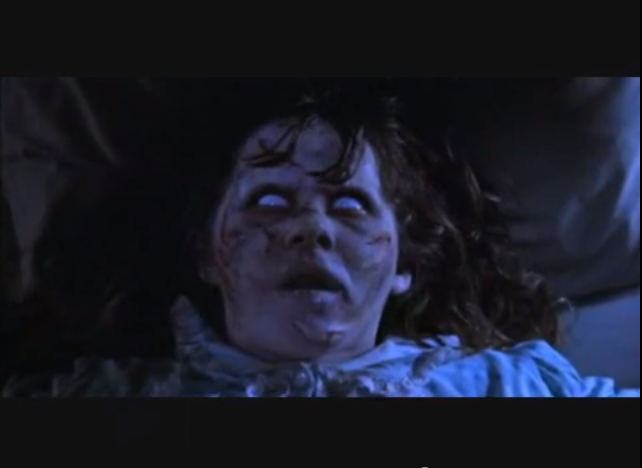 Even Satan rolls his eyes at Pat Robertson’s wisdom nuggets.

So there you have it. One of the world’s foremost exports on crazy says that you could possibly be possessed if you choose to watch “double-X” rated films (just to be safe, you should probably also refrain from drinking Dos Equis from here on out, regardless of what The Most Interesting Man in the World says). 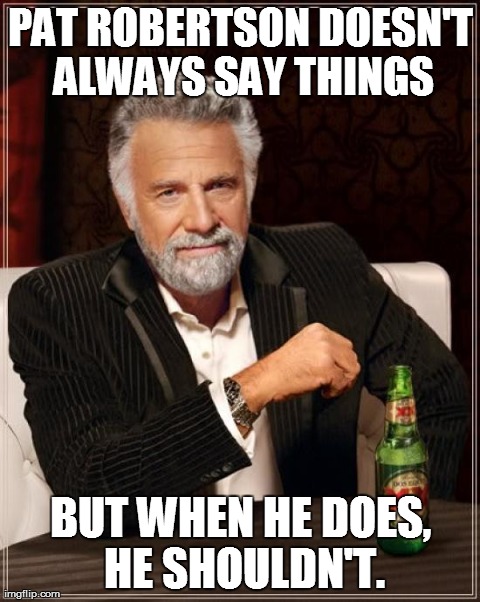 And then, once possessed, rather than commit atrocities or try to commit acts of incomprehensible evil, your demonic guest might put you behind the wheel of a car and force you to crash the car. I mean, you’ll live, but man, it’ll probably be really inconvenient. That body work is probably going to cost you some money. 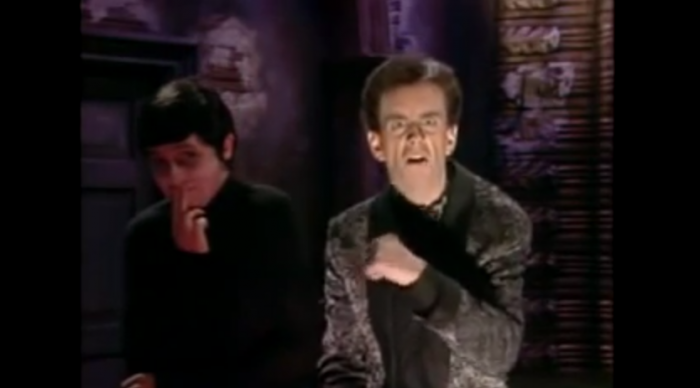 So with the weekend approaching, think twice before you consider queuing up The Possession or The Last Exorcism. Not because they’re terrible movies (okay, full disclosure, The Last Exorcism is pretty brilliant up until the last 10 minutes), because you could crash your car the next time you go out for milk and eggs because you may or may not have a demon inside of you. Take Pat Robertson’s word for it. He’s never wrong about this kind of thing (right, Mitt Romney?).

Better play it safe and do some binge-watching with wholesome entertainment like True Detective or Game of Thrones instead. Just be sure to buckle up on your way to the shop. 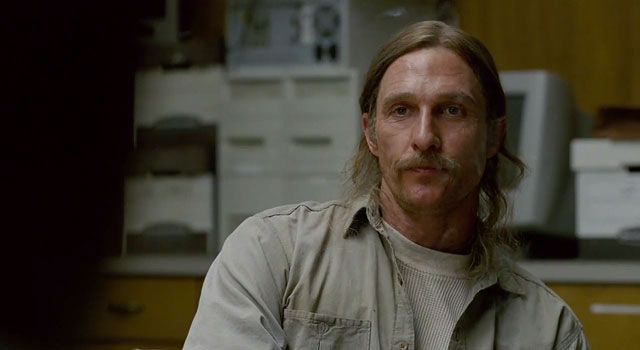 Your Rust Cohle devotional for today: “I think human consciousness is a tragic misstep in evolution. We became too self-aware, nature created an aspect of nature separate from itself, we are creatures that should not exist by natural law.”