Do People Really Give Cars as Christmas Presents?

During the holidays, car commercial after car commercial shows a person leading someone outside—a child, a parent, a spouse—and showing off a brand spankin’ new car, with a big, shiny red bow on top. As much as we all might yearn for this scenario, it struck a few of us at The News Wheel as a little farfetched. After all, do people really give cars as Christmas presents?

So we did some digging, and, shockingly, the answer is yes. So much so that there’s a market for big, shiny red bows for cars. Back in 2010, a whopping 14,994 cars were anticipated to be given out as Christmas gifts in the United States, which amounted to about 1.5% of total December sales that year, according to Kicking Tires. (It’s likely the number has grown as we have moved farther away from the recession and auto bankruptcies.) 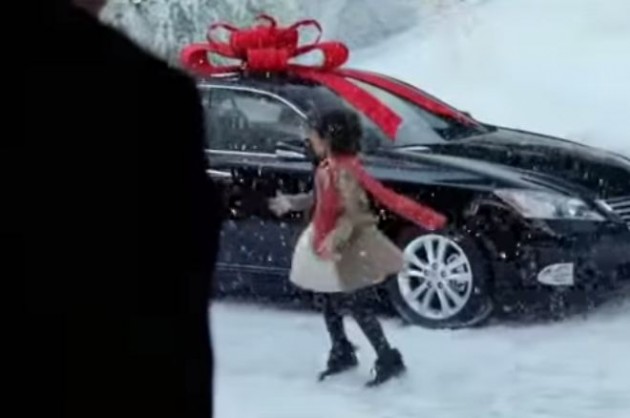 Do people really give cars as Christmas presents? Yes, they really do.

Even when people aren’t necessarily surprising their families and friends with cars as Christmas presents, they still often want bows. Lynda King, who is the owner and operator of King Size Bows (one of those companies that sells big, shiny red bows for cars), told AOL Autos, “It makes the presentation a gift. It really makes the car a gift. You know, people say, ‘My wife knows we’re getting a new car for our anniversary, but she doesn’t know when we’re picking it up.’ So the surprise has kind of faded. But the bow brings back the presentation. It’s all about presentation.”

King Size Bows apparently sells about 2,500 car bows each year (at $50 a pop, which, when compared with the cost of the actual car, isn’t so bad a number to look at). Sales peak during Christmas, but also during graduation and Valentine’s Day, according to Consumerist.

So do people really give cars as Christmas presents? Absolutely. And how do you get put on their shopping list? We have no freaking clue, and if we did, do you really think we would chance sharing our secrets with you?

For more car bow action, check out this Key and Peele clip below (but put in the headphones first, as there is some NSFW language at the end):