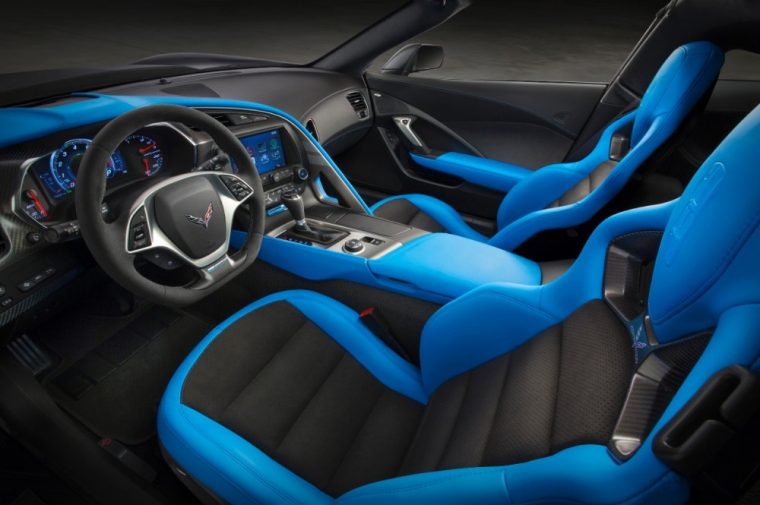 Corvette enthusiasts can’t wait to get a pair of keys to the new Grand Sport model
Photo: © General Motors

Chevrolet made Corvette fans around the globe smile today when the automaker officially revealed the 2017 Grand Sport model at the Geneva Motor Show.

The ’17 Corvette Grand Sport makes use of lightweight architecture and track-honed aerodynamics that provide the performance car with up to 1.2 G in cornering ability.

The new Grand Sport sits on top of Michelin tires and will be powered by the Stingray’s 460 horsepower V8 engine that features active exhaust and a dry-sump oiling system. Consumers have the choice between a seven-speed manual or eight-speed automatic transmission.

“Racing has been part of Corvette’s essence for more than 50 years and that track experience has helped us build better, more capable cars,” said Mark Reuss, executive vice president of global product development and global purchasing and supply chain. “The global acclaim for the seventh-generation Corvette validates that direct link and the 2017 Grand Sport takes its track-bred technology to a new, exciting threshold.”

Chevy reports the Grand Sport with the Z07 package is so quick that it came within only one second of breaking the previous-generation ZR1’s track record at GM’s Milford Proving Ground road course.

The 2017 Corvette Grand Sport will be available in both convertible and coupe versions this summer in the United States.

Chevy will also be releasing a Grand Sport Collector Edition. The Collector Edition distinguishes itself from the normal Grand Sport due to its exterior color that Chevy has named Watkins Glen Gray Metallic. The exterior of the vehicle will also sport blue accents and black wheels, while the cabin of this Corvette will feature a distinctive Tension Blue full leather and suede-wrapped interior.

The 2017 Chevrolet Corvette Grand Sport Collector Edition is scheduled to go on sale in the US later this model year.