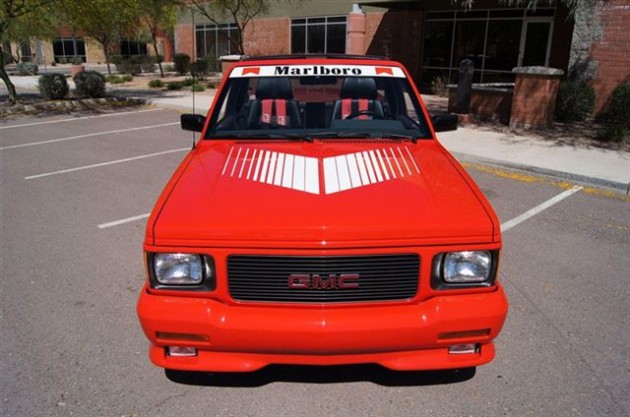 One of history’s most unfortunately-forgotten vehicles is the GMC Syclone, a powerful sport pickup truck that was too insane for our little world. GMC only built 2,995 Syclones in 1991, all in black, and all certifiably power-mad. Rarer still was the Marlboro Syclone, 10 of which were awarded to the winners of the Marlboro Racing 1992 Contest. One of them is available today on eBay.

No. 6 of 10, this Marlboro Syclone has a mere 3,435 miles on the odometer and comes with the requisite turbocharged V6, all-wheel drive, and four-wheel ABS. Setting it apart from the other near-3,000 trucks built, this Syclone comes in a bright red body with Marlboro livery.

Built in cooperation with American Sunroof Corporation (ASC), Larry Shinoda and Shinoda Design Associates, and Phillip Morris, Inc., the Marlboro Cyclone is an extremely rare piece perfect for any collector.

According to the eBay listing, this particular truck is one of the most well-known of the Marlboros because it was owned by customizer Tom Argue and served the purpose of a show truck for the bulk of his ownership. 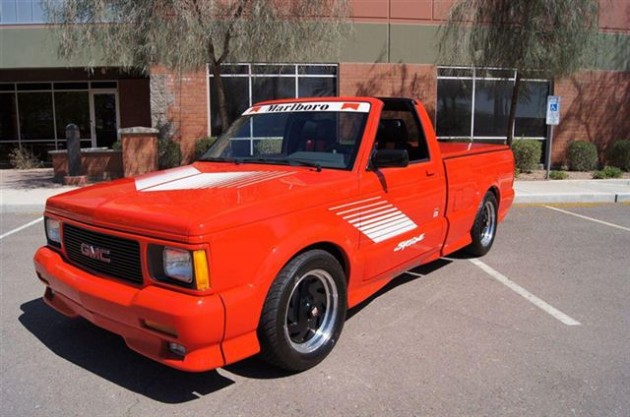